Meta.mk
Crime The identity of the man killed in Divo Naselje has been confirmed
Facebook
Twitter
WhatsApp
Linkedin
Email
Viber

The police has confirmed the identity of a 71 year old man who died in a shooting today afternoon around 11:20, on the Tode Mendol street in the Kumanovo neighborhood Divo Naselje, reports „Pres24“.

The suspect in the shooting is a Kosovo national, Bekir N.

The report says Bekir N. shot from a weapon at Riza and his son Adnan. Riza died on the spot and Adnan was taken to a hospital with wounds on his legs. His condition is still unknown.

After the shooting, the Kosovan ran from the crime scene in a BMW with Swiss license plates.

The Ministry of Interior hasn’t released any details. They say, investigation is still going on. Details will follow in the course of the day. 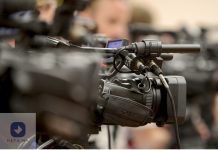