With a manipulative and malicious title “Transvestite and prosecutor have taken millions in bribes” the Bulgarian portal “bgdnes.bg” on the 07.07.2018 has published a voluminous article about the “Racketeering” scandal that is accompanied by several photographs of the Special Prosecutor Katica Janeva and Bojan Jovanovski – Boki 13 (who in the article is referred to as the transvestite).

Until now (18.07.2019) there wasn’t any official announcement that “a prosecutor has taken bribes in the investigation that was announced on the 15.07.2019 by the Public Prosecution against Jovanovski and Zoran Mileski also known as Zoki Kicheec, for receiving illegal awards in order for another investigation to be stopped (for the “Empire” case that involves Orce Kamchev). The claim that was stated in the title is pretentious because according to official information until now (18.07.2019) the investigation is centered only on the two previously mentioned persons – Jovanovski and Milevski.

That was stated by the State Public Prosecutor Ljubomir Joveski and Prosecutor Vilma Ruskoska, who runs the “Racketeering” case. At the press conference on the 15th of July, Joveski said that the case has two suspects for trading with influence in order to stop the procedure that was led by another prosecutor.

-It is another matter whether the promises were accomplished or not. The investigation continues in order to determine who is the victim and who was the influencer – said Joveski.

Prosecutor Ruskoska said in an interview for TV 24 that the involvement of a public prosecutor in this case “for now cannot be proven.”

– If there is hard evidence, it is certain that the investigation will be expanded, but for now, I cannot speculate and it would be unserious as a prosecutor to say about the direction where the investigation can lead us – said Ruskoska.

This article apart from containing already published information from Macedonian media stresses the role of the “Bulgarian special services” in the revealing of the case. At the start of the article it states that “Mega bribes in 1.5 million euros from the richest Macedonian Orce Kamchev for the Head of the Special Prosecution in Skopje, Katica Janeva has been revealed with the active participation of the Bulgarian Secret Services”.

But until now (18.07.2019) it wasn’t announced that the prosecutor (with whose influence it has been traded with) has taken ransom, but the two suspects are named in this context – Jovanovski and Milevski.

According to Prosecutor Vilma Ruskoska, “the suspects have firstly demanded 8.000.000 euros in order for the investigation to stop, and if it isn’t stopped, in the direction of finding mitigating circumstances, the witness was supposed to pay 5.000.000 euros where the already given 1.000.000 in the second circumstances would be part of the payment. it was agreed, that the remaining 4.000.000 would be paid successively in four monthly installments.

Otherwise, the article published by the Bulgarian portal that contains misinformation concerning the “Racketeering” case was republished by certain Macedonian media. 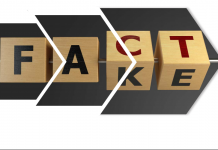