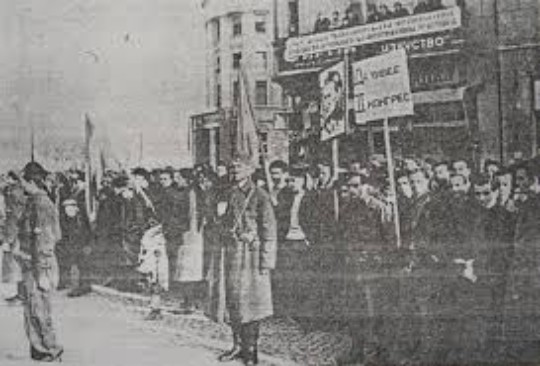 For instance, let’s take the article published by faktor.bg, where in addition to this claim they talk about a much larger number of Bulgarians killed in the period following:

On 7th of January, 1945, on the orders of the bloody dictator Tito, who was a Croat by origin, a list was composed by Lazar Kolishevski, 1200 Bulgarians were executed without a court order or convictions in Vardar Macedonia. The goal was to erase Bulgarian self-awareness and to speed up the Macedonianization process of the population. On the first day of Koleda – January 7 (in Macedonia, Christmas or Koleda is in accordance with the Julian calendar) 63 people were murdered in Skopje, 54 in Veles, 48 in Kumanovo , 36 in Bitola, 77 in Stip , 35 in Prilep, and 330 people near the village of Vladimirovo in Berovo. The bodies of those murdered in Veles were buried behind the church “St. Spas” and Pusta Kula.

In “Factor.bg” the article states that “entire families were murdered in Ohrid and Prespa in the following weeks and after, their bodies were thrown into the Ohrid Lake and Prespa Lake or along the slopes of Mount Galicica near the village Otesevo”:

The murder of over 23,000 self-proclaimed Bulgarians was confirmed, while another 130,000 Bulgarians were expelled, persecuted or sent to the “Goli Otok” concentration camp or Idrizovo Prison.

Although it is certain that some of those murdered, imprisoned or persecuted felt like Bulgarians, there is an absence of any documentation that can confirm such a large number of people killed in a period of only a few days or weeks (for example, in Vladimirovo, even until today, no-one recalls 30, let alone 300 murders in just one day). What is interesting in the figure published by the Bulgarian media, it includes officers and soldiers who refused to go to the Srem front, as they wanted to go and conquer Thessaloniki. Although almost all of them were sentenced to death, their sentences were later dismissed.

Additionally, from what has been determined by Macedonian historians, as well as media statements given after the introduction of pluralism to some of those imprisoned, many of those murdered and imprisoned were definite supporters of the idea of an independent and greater Macedonia, and many of them were collaborators of the partisan movement, as is the case of murdered doctor Bogdan Pop Gjorcev from Veles.

Undeniably, as Macedonian historians found after the collapse of socialism in 1991, many of those murdered and persecuted were ideological opponents of the new government, that is, they were just anti-Communists, and their properties and wealth were immediately awarded to the new leadership after the executions, which creates enough doubt that it was the worst abuse of power and murder by persuasion only because of the easy acquisition of someone else’s hard-earned property.

Furthermore, the president of both ASNOM sessions and the first president of the National Assembly of Macedonia, Metodija Andonov-Cento, was persecuted and imprisoned however; it was because of Macedonian nationalism and ideas for an independent Macedonia. This was something for which he was imprisoned in the Kingdom of SHS (Kingdom of Yugoslavia) and during the Bulgarian occupation as well. 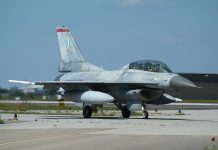 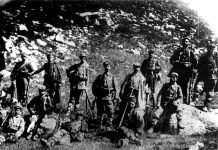