Meta.mk
MKD AJM: 18 journalists were attacked last year and no one has been... 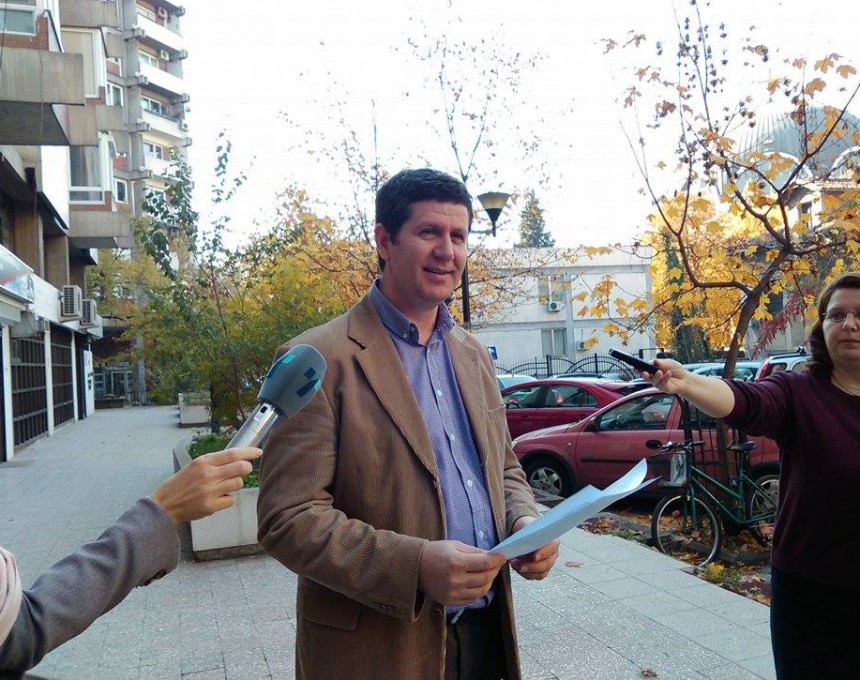 Last year, in Macedonia, 18 attacks nf journalists were reported, of which 13 were physical and verbal attacks, while the rest were insults, obstruction at work and the destruction of property, according to the Report on the Freedom of the Media and the Safety of Journalists in Macedonia for 2017 which was presented today, by the Association of Journalists of Macedonia (AJM).

He expressed his concern that the prosecution has so far failed to charge anyone before the courts against violence against journalists and hate speech.

Last year in Macedonia, journalists were blackmailed, persecuted, beaten, they received death threats, and were declared traitors. These thugs physically and verbally attack journalists because they want to intimidate and silence them, to prevent the public from finding about the abuse of power in government”, said AJM president, Naser Selmani.

Selmani pointed out that the most brutal physical attack on journalists was carried out during the violence that occured in Parliament on April 27th, last year.

“These thugs physically attacked journalists and cameramen and prevented them from reporting from Parliament.During the incident, their cameras and mobile telephones were confiscated. In addition, some of them, under the threat of weapons, were held hostage for hours, and the police did not provide them with any protection”, said Selmani.

The AJM report concludes that despite the lack of job security, journalists in Macedonia also work under extremely bad economic conditions. They have small and irregular wages, and they do not have permanent employment contracts,  which negatively affects their professional independence.

The city of Kumanovo is the new coronavirus hotspot and starting...