Meta.mk
MKD AAAVMS: The Media Law provides no authorizations for the regulator in order... 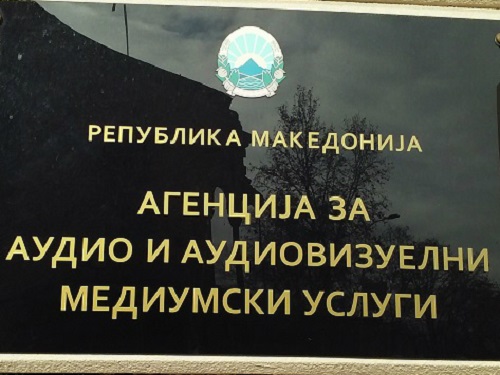 The Agency of Audio and Audio-Visual Media Services was unpleasantly surprised by today’s press release issued by the Association of Journalists in Macedonia where it is suggested that the Agency didn’t act upon the potential misuse of 1TV for illegal activities, reacts the AAAVMS.

“Bojan Jovanovski’s activities and the misuse of the medium on his part are a subject of interest for the prosecution, the judiciary, the financial police, and not of the Agency of Audio and Audio-Visual Media Services which follows whether the Media Law regulations have been met. In this context, the Agency is continuously observing the radio-diffusers, where the rules of ownership’s structure are not an exception. On the 4th of July, a decision was made for introducing a procedure to check whether Bojan Jovanovski is the owner of 1TV i.e. whether it is its secret owner. A procedure was started in February because of the appointment of the wife of one of the founders of 1TV as a person who performs a public function. Public reactions were issued as well due to the violation of the program standards and the threats issued to a journalist from another media because of the criticism spoken in a show that was broadcasted by 1TV, states the AAAVMS’s press release.

AAVMS also states that the Media Laws give no authority to the regulator to investigate the origin of the assets.

“Therefore, the Agency is astonished from AJM’s request for the implementation of urgent outstanding surveillance in order to determine whether 1TV has violated the articles of the Law of Audio and Audio-Visual Media Service, and taking into account all of the aforementioned it is unclear what is expected to be revealed by the surveillance. Any different presentation of the Agency’s authorizations and ways of working in the public is nothing more than another effort to discredit it, which goal is to justify the general failure of all relevant participants in the media sphere in order to create a more favorable ambiance for the work of the media. The Agency has reacted several times in the past that the personnel changes are not the solution for the situation in the media, but a joint effort between the regualtor and the AJM is necessary including the syndicate, the Ethics’ Council, the media workers” state AAAVMS.

New coronavirus wave is expected during autumn, part of the student dormitories could become hospitals

Macedonia was granted a seat at NATO with four more steps...