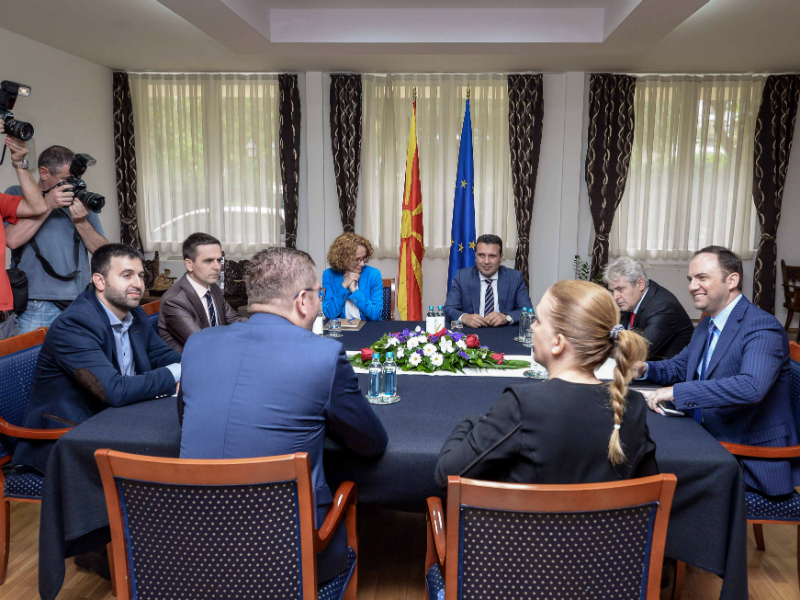 Prime Minister Zoran Zaev has announced a leaders’ meeting, following requests made by the VMRO-DPMNE in regards to the status and the future of the Special Prosecutor’s Office (SPO).

The Prime Minister, who together with Deputy Prime Minister for Economic Affairs Koco Angjushev visited the “Euro Nikel” plant, formerly called “Feni”, said that at the leaders’ meeting, they would also discuss reform laws and the presidential elections.

“Of course, it’s time to hold a leaders’ meeting. Firstly, because of the reforms and reform laws in Parliament, secondly, the upcoming presidential elections. Thirdly, it is worth discussing any open issues. I always give dialogue a chance. Dialogue is helpful for our country, for all open issues. I believe that the leader’s meeting will be held as soon as possible, whatever suits the head of the opposition. Together, we will adjust, so that we can hold that leaders’ meeting”, says Zaev.