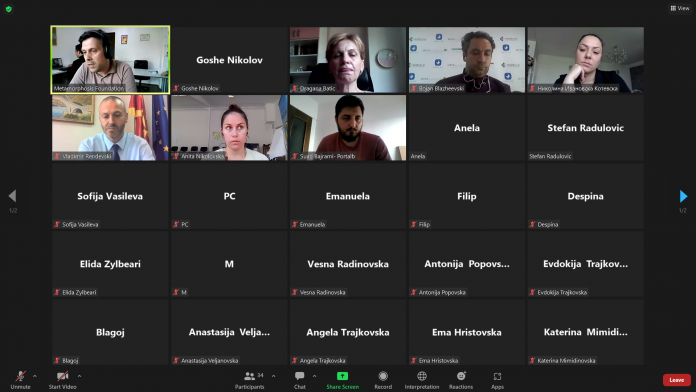 The primary and secondary school pupils, but also the undergraduate students in North Macedonia, should have access to free counseling centers, where they will be able to discuss their problems and talk freely about everything which is bothering them. This is the conclusion from the online debate that took place on the 27th of April 2022, organized by the Metamorphosis Foundation.

The public debate titled “Young people’s mental health after the COVID-19 pandemic” was opened by Dr. Vladimir Rendovski, the Deputy Health Minister of North Macedonia, who stressed that in this period there is a rise of the psychological help opportunities thanks to the psychiatrists, but that there is also a rise of the number of divorces and the psychological problems in the families.

“We now talk about the mental health of our young population two years after the COVID-19 prevention measures were imposed. As a doctor, I would say that the young in this period were outside of the current educational process, they were isolated from each other due to the introduction of the online teaching, and this, in return, influences the return to the regular school activities. There is a drop in the achieved results. These people were deprived of a normal social life, sports activities and friendships,” Rendevski said.

He noted that the debate should be understood as a civic, social and state initiative that the Health Ministry is supporting strongly, since, as he said, the institutions have to be more active in the process of bringing back the young people to a normal state. This would be achieved through social-institutional measures that would alleviate this negative effect.

Professor Dr. Dragana Batikj of the Faculty of Security said that in Macedonia whenever a young person wants to visit a psychologist, he has to pay for that and to schedule a time with “Moj Termin” (My Doctors’ Appointment).

“The students don’t have psychological support. Moreover, where are the children that are neither high school pupils nor students? According to me, it would be best to have counseling centers that would be working as part of certain city halls. The situation with the young people is alarming, and people are waiting to get an appointment up to two months. This is why it is necessary to provide them with free psychological counseling,” said the professor.

According to her findings, 80% of the students suffer from anxiety, and 20% have severe anxiety. Every second student has shown signs of traumatization caused by the COVID pandemic. The students were worried most about their education i.e. how they will conduct their duties during the pandemic and were worried about their mental health and have lived with uncertainty.

Nikolina Ivanoska Kotevska, a Psychology Professor at Nikola Karev and Georgi Dimitrov high schools, said that the pandemic had a negative effect on almost 90% of high school students. She stressed that the fear among children wasn’t directed toward themselves, instead they feared most for their closest ones, the elderly family members.

“Online teaching was nice for everyone in the beginning, 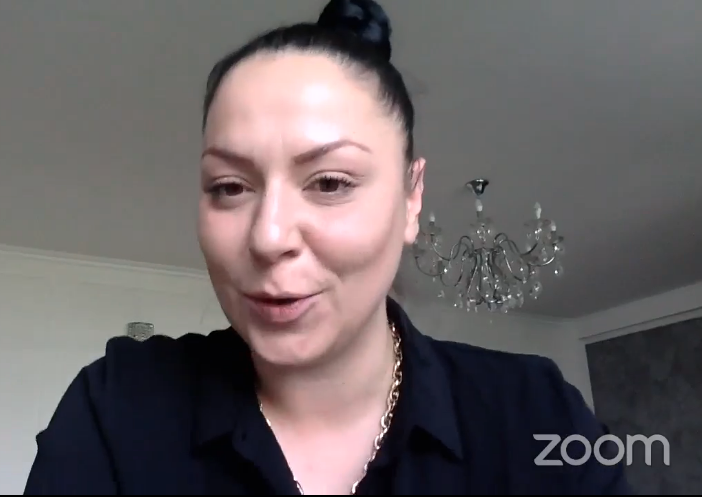 Николина И. Котевска, професорка по психологија во средни училиштаbut the long-term exposure to the computer monitors has left marks. The school year ended in March 2020; the children were sent on a holiday and by the end of that school year we couldn’t find a solution on how to continue with physical attendance. Some of them have panic attacks, suicidal thoughts, hopelessness, hypochondria, desperation, negative opinions about themselves, frustrations,” said Ivanska Kotevska.

She said that the school psychologists are burdened by administrative duties and one psychologist isn’t enough for 1,000 pupils in one school.

“The old pedagogic mechanism is still in force – that only after the child takes a step outside the norm, only then it is sent to see a psychologist,” said the professor.

Anita Nikolovska, an executive director of Youth Can, in her presentation, said that they are working actively on this issue including dispersing the stereotypes related to mental health.

“The COVID imposed additional stress for the young people, in a period when they normally are transiting from young age toward adolescence. They had a break up in their contacts with others of their age and there was pressure in the form of worrying about the health of their closest ones. With the lockdown, their biorhythm and sense of wellbeing were disrupted,” Nikolovska warned. 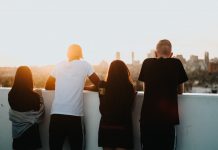