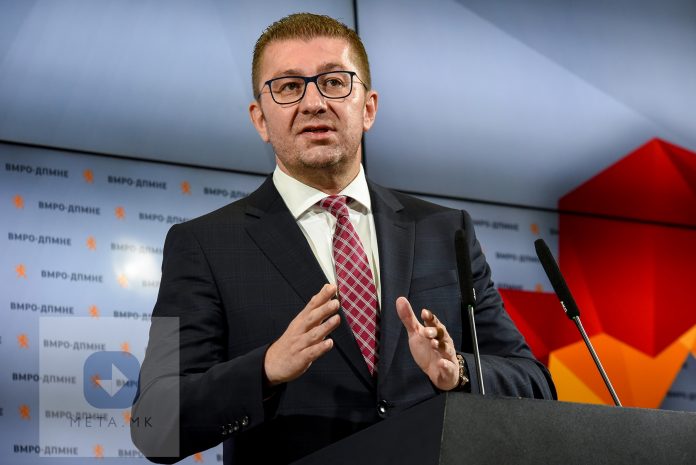 VMRO-DPMNE’s party leader Hristijan Mickoski announced that his party has submitted an initiative for the Parliament to dissolve on the 12th of February.

-We call upon all political parties in the state including SDSM to take part in the initiative and to support it, and on the 12th of February as was previously scheduled, the Parliament to dissolve – said Mickoski during today’s meeting at the Economic Chamber of Macedonia.

He holds the opinion that a qualitative Law on Public Prosecution can only be made by experts and stressed that his party will not support the proposal which is in a parliamentary procedure since the draft law isn’t as close as what it should be.