Political elite of our neighbor must show maturity and find a way to solve difficult problems. The pledge is the future of the state and the future of all its citizens. This is written in its position by the Bulgarian Ministry of Foreign Affairs.

“The referendum is the highest democratic practice – with the expressed will of those who participated in it and with those who did not. The citizens had a free choice and over 90% of the voters in this consultative referendum declared in a categorical way the desire to be a part of European and Euro-Atlantic community” is written in the statement.

According to Bulgaria’s position, the voice of citizens can not be ignored. “The vast majority of citizens are “for EU and NATO membership”. Loss of time is not beneficial neither for the country nor for the region. The Republic of Bulgaria will continue its support for our brothers and sisters from the Republic of Macedonia and the integration of the country into the EU and NATO,” ends the Foreign Ministry. 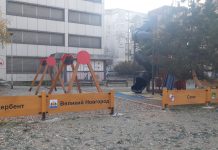