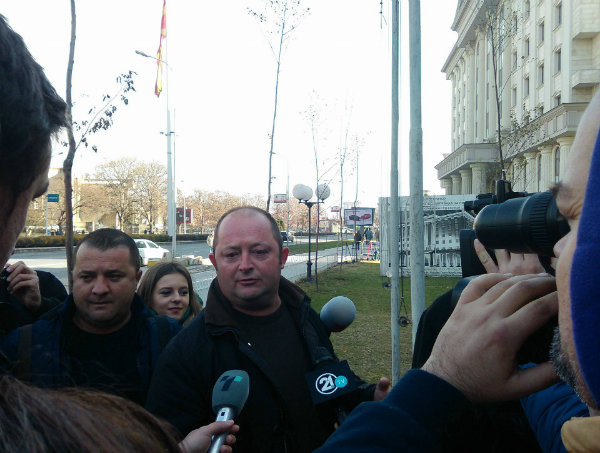 Russia’s foreign minister Sergey Lavrov in an interview with the Greek daily newspaper “Ekathiremini”, today announced that he blamed the United States an the EU for brutal systematic interference in the internal affairs of Macedonia.

In that context, he said that “On October 19, “Parliament passed a resolution on constitutional changes by blackmailing and bribing MPs from the opposition in which foreign diplomats were directly involved, including the US ambassador.”

Contrary to claims made by the Russian foreign minister regarding the pressures and bribes inflicted on MPs from the opposition, in which, the current ambassador of the United States directly participated, the eight MPs from VMRO-DPMNE backed the start of the constitutional changes, categorically pointing out that they made the decision of their own free will, in accordance to their convictions.

By my own conviction, I voted “For”. This process must be jointly implemented, I want to be actively involved in it, to help find solutions, and therefore I have decided to open the Constitution. When making the decision, I was guided by a personal desire for the prosperity of Macedonia and I responsibly reject any allegations of threats made to me.

Instead of waking up to a start of chaos, Macedonia woke up with the beginning of a crisis resolution. These are the real reasons for voting and our decision is a consequence of such efforts made without any pressure from anyone, but as our freely expressed will based on the political responsibility we had at this fateful moment for our country. Everything else is speculation and slander that will not pass unpunished.

The decision was hard indeed, being aware of the seriousness of the situation both in the country and in politics, and what kind of waves it will cause especially within my own party. However, my colleagues and I firmly believe that we gave it a chance and it is the right path, it is normal to mention once again that only by accepting our conditions.