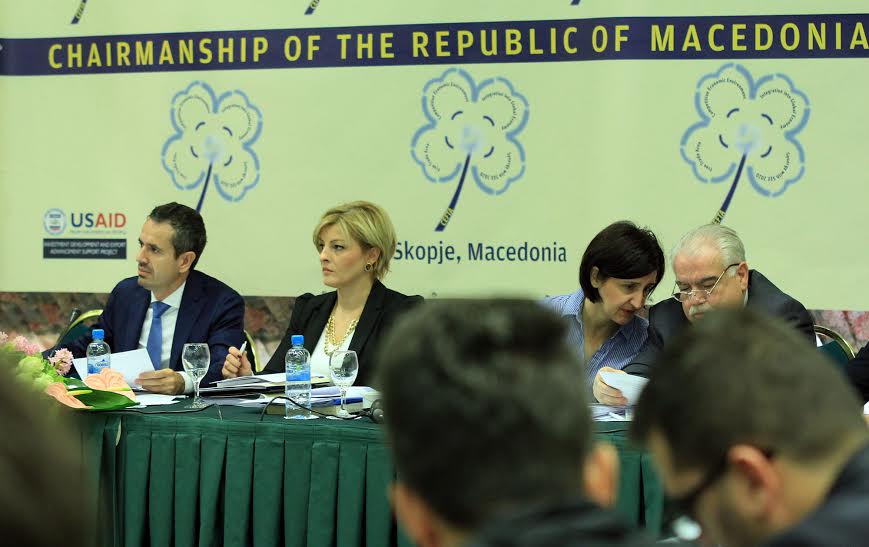 After two days of panel discussions within CEFTA Week 2014, on which topics for increase of investment in the CEFTA region, for regional value chains, global and regional aspects of trade facilitation within CEFTA were discussed, the forum of Chambers of Commerce of the CEFTA region was also held, on which, Minister of Economy, Bekim Neziri, today chaired the 8th Joint Committee.

On this joint committee, ministers and authorized representatives of the signatories of CEFTA stressed the importance of making efforts devoted to deepening the implementation of the CEFTA Agreement as a solid legal basis for the liberalization of goods and services trade, trade facilitation and simplification of procedures, elimination of non-tariff trade barriers, increase of transparency and strengthening regional cooperation in investment policies and promotion.

Minister of Economy pointed out the potential solutions for certain barriers that were suggested at today’s meeting.

– Macedonia is blocked from exporting drugs to Albania and wine to Serbia. At the meeting, we brought a decision Republic of Albania to try and see the opportunity which would present with the amendment of the Public Health Act, i.e. the section that regulates the importation of drugs, which provides that imported drugs have to be registered in the country where they are produced and in one EU member-state, in the forthcoming period. I asked Albania to remove the barrier in order for drugs from Macedonia to be freely imported – Neziri said.