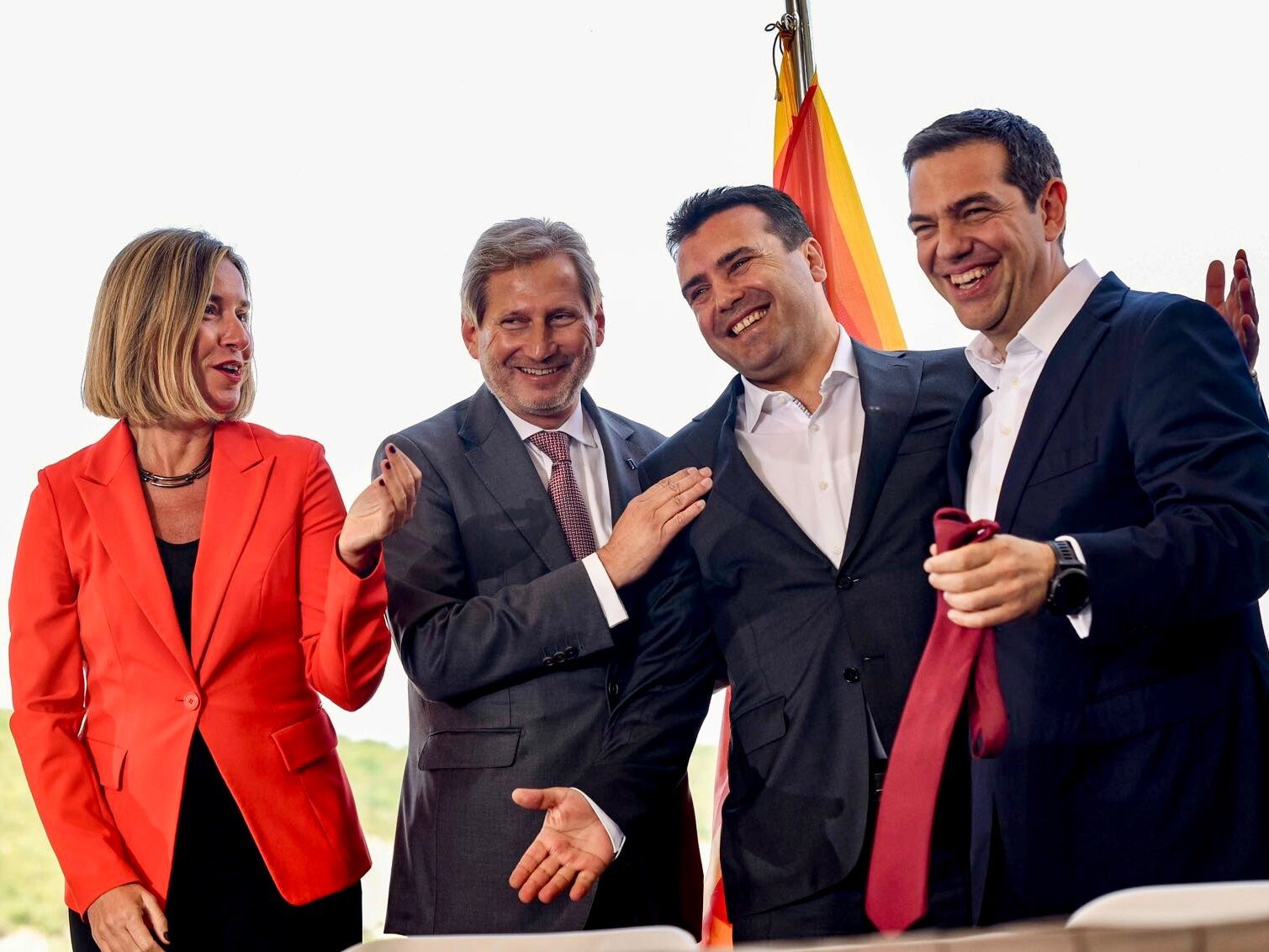 “We warmly welcome the next crucial step in the ratification of the Prespa agreement, taken with today’s vote by the Hellenic Parliament.

From the very beginning, the European Union has strongly supported the historic agreement signed by Prime Ministers Tsipras and Zaev, following negotiations under the auspices of the UN. It took political courage, leadership and responsibility on all sides to resolve one of the most entrenched disputes in the region. Both countries have seized this unique opportunity which sets an example of reconciliation for Europe as a whole and will give a further boost to the European perspective of the region.

While we look forward to the next procedural steps leading towards the full implementation of the agreement, we can already say with confidence today that Athens and Skopje have, together, written a new page of our common EU future, ” said Juncker, Mogherini and Han.