Yesterday, 12,606 vaccine doses were administered to citizens of North Macedonia, out of which 10,315 were the first doses of the jab, informed the Health Ministry.

It says that total of 104,962 doses of COVID-19 vaccines were administered so far, out of which 84,312 citizens were vaccinated at vaccination stations. The total number of citizens who received the two doses is 20, 650, which is around 1% out of the two million population.

“With the latest numbers, 28% of the population above 70 has received at least one dose,” announced the Health Ministry, stating that the vaccination process is ongoing without any problems at all stations, the interest is increasing day by day, and at the moment over 256,346 citizens have registered themselves at the vakcinacija.mk web platform.

“The vaccination is implemented in accordance with the National Plan for Immunization, elderly people are vaccinated, citizens who have shown  interest and have registered themselves at vakcinacija.mk web service, including persons employed in the critical infrastructure. The mass vaccination is implemented in several cities: A1 Sports Hall Boris Trajkovski in Skopje, the sports halls in Kavadarci, Kumanovo, Tetovo, Štip, Bitola, and Ohrid,” informed the Health Ministry. 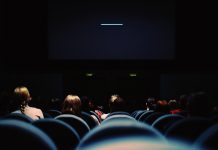