Meta.mk
Main Section GRECO: Macedonia has made no progress in preventing corruption among MPs and...

In its Second Compliance report, published today, GRECO (Group of States against Corruption), an organization which operates within the Council of Europe said that “the former Yugoslav Republic of Macedonia has not made significant progress in implementing anti-corruption recommendations among members of parliament, judges and prosecutors. ”

The Compliance Report was made according to the Situation Report with additional information regarding the implementation of the 19 recommendations submitted by the Macedonian authorities on 31 January this year.

Calling progress at this stage “really disappointing”, the Council of Europe’s anti-corruption group urges the authorities to take more determined and more focused action to implement the recommendations issued four and a half years ago. GRECO concludes that it has very low compliance with the recommendations, ie the level is “generally unsatisfactory”.

More specifically, only six of the 19 recommendations were implemented satisfactorily. Of the others, six were partially implemented, and five remained unimplemented.

In respect to the prevention of corruption among judges and prosecutors, the Second Compliance Report indicates that limited progress has been made, pointing to the amendments to the Law on the Judicial Council adopted in December, last year and May, this year.

GRECO noted that for judges and prosecutors new advisory and supervisory bodies for are being created, to support the implementation of their respective rules of conduct. However, the anti-corruption group of the Council of Europe will have to reassess these improvements when more specific information becomes available.

In the area of declarations of assets and interests, i.e. the registration of property and conflicts of interest, GRECO regrets that no meaningful progress has been made for strengthening the control function, as well as for a more politically independent approach of the State Commission for the Prevention of Corruption.

The anti-corruption officials from the Council of Europe also refer to recent ‘controversies’ when almost all members of the Anti-Corruption Commission resigned. 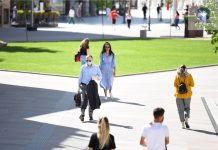 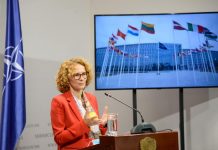 Shekerinska after Karakachanov’s statement: Now is the moment to see who wants good neighborly relations 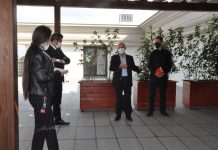 Shekerinska after Karakachanov’s statement: Now is the moment to see who...