The Government does not intend, nor did it give orders to carry out intelligence activities against and to the detriment of some of our neighbouring countries, including Serbia, said today Macedonian Foreign Minister, Nikola Dimitrov at a press conference commenting on the accusations of his Serbian counterpart Ivica Dačić that Serbian diplomats in Skopje had their telephones tapped, that they were intimidated, and followed.

Dimitrov stressed that they are waiting for official information from Belgrade about such claims, because they do not want to get into speculations.

He said the new government’s basic approach is solving, not creating problems.

According to Dimitrov, if there are misunderstandings, they should be resolved through a direct conversation.

“On Sunday, immediately after receiving the note, I called Dačić , but I did not get through to him. Yesterday, through the Macedonian embassy in Belgrade, we asked for a telephone conversation that is likely to happen tomorrow”, said Dimitrov.

Regarding the incident at the Macedonian consul in Canada who was photographed with a map of Greater Macedonia, he said that he would not allow behavior that goes beyond the Constitution of Macedonia and is not in the interest of the state. 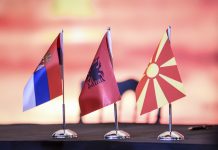 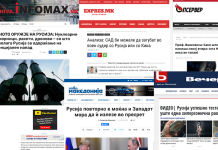