Taking into account that the lowest fee per COVID test in North Macedonia costs 1400 MKD and there were 819,240 tests conducted in a period of 2 years, this means that private health care has acquired more than 18.6 million EUR from the people. This is what the audit of the financial reports of the Fund for health insurance for 2020 showed. As the State Audit Office says, the audit report casts a doubt on the validity and the objectivity of the financial reports.

“During the pandemic, due to failure to provide more tests slots at public healthcare institutions and non-concluded agreements with private healthcare institutions for diagnosis of COVID-19, not enough health services were provided for the people insured through the Fund. Since the start of the pandemic, on the territory of the Republic of North Macedonia, a total of 1.962.489 test had been conducted at 33 laboratories, and out of them, 1.337.238 were PCR tests, while the remaining were rapid antigen tests,” informed the State Audit Office.

The number of tests conducted and the fees for these services at private laboratories in different periods have indicated an outflow of people’s funds into private healthcare.

“Considering the lowest fee for a test, according to the publicly available information, of 1400 MKD and 819,240 tests during a period of 2 years, it’s an amount of no less than 18.4 million EUR, not counting the rapid antigen tests and the higher fees that were charged even up to 5500 MKD per test,” the auditors stressed.

They have concluded that there is an uneven correlation during the conducting of cardiovascular-surgical health services in the period between 2019 and 2020 between public and private healthcare institutions.

They stressed that it is necessary for the Ministry of Health to take certain activities to provide public health institutions with the necessary conditions so that higher competitiveness can be achieved in public healthcare or in the domain of performing cardiovascular surgical services.

“The scope of the performed services at public healthcare institutions is significantly smaller that the agreed reimbursement that will be paid to them by the Fund, so the increase in the scope of healthcare services will not cause an additional outflow of significant financial assets toward the public healthcare, and it will influence the lowering of the outflow of finances toward the private healthcare institutions,” said the auditors.

The auditors reported that there were irregularities and disobeying deadlines for controls and penalties. This has contributed to not sanctioning the healthcare institutions that weren’t behaving in accordance with concluded agreements with the Fund. The report states that in the procedures for issuing referral letters to insurers for medical treatments abroad, appropriate legal protection and control weren’t proved nor there was a system for monitoring and analyses of the outcome of the medical treatment. The auditors have determined that the Fund has payed in advance for medical treatments abroad to foreign healthcare institutions in the amount of 209.772 MKD, and for these, it has no correct information about the status of the treatments due to non-provided documentation. 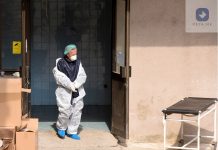