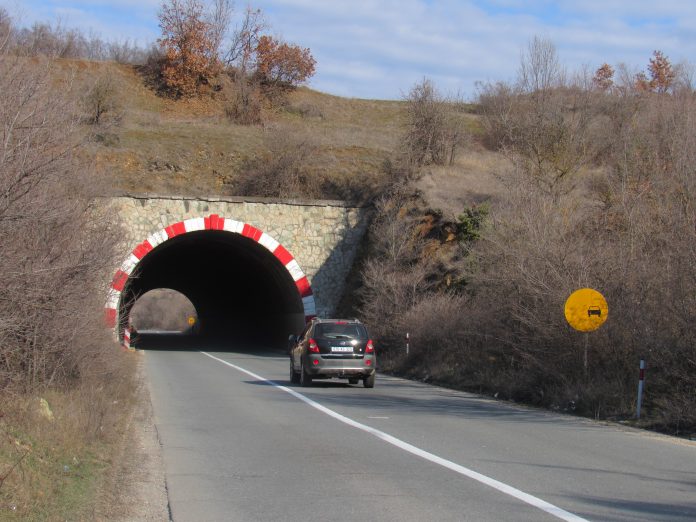 The amount of investments and the interest by the foreign companies to work in North Macedonia depends directly on the development of the road and railroad infrastructure. North Macedonia is falling behind the countries in the region regarding the foreign investments and the condition of the roads. The country’s strategic position, its location at the heart of the Balkan Peninsula, where roads towards the Aegean Sea in the south, to the ports in Albania in the West and to Bulgaria in the East, meet, could and should be well exploited. But that is conditioned with quick investments in quality infrastructure.

According to the data from the Global Competitiveness Report in 2019 by the World Economic Forum, the quality of the road infrastructure in Europe varies, and the biggest differences are between the developed Western states and the former Eastern bloc. Ranked from 1 to 7, in the region, Croatia has the best roads and is marked 5.6, and Bosnia and Herzegovina has the worst roads. The Macedonian road infrastructure was marked 3.4, the same as Bulgaria. Serbia, Albania, and Montenegro have somewhat better marks, between 3.5 and 3.9. The Netherlands has the best roads in Europe and is followed by Switzerland. These two countries are at the top globally, behind Singapore, which has the best roads in the world. Moldavia has the worst roads and is marked 2.6.

The state of the roads in North Macedonia is a very important requirement by the foreign companies that are deciding where to invest, says Zoran Krakutovski, a professor at the Civil Engineering Faculty in Skopje. The time for transporting goods for the investors is money, so they will make their investments in a country that will offer them faster, more efficient and safer transportation.

“As a continental state without any access to sea, we have to invest continuously in the road transportation. Regarding the business aspect and the development of the economy, the road and the railroad infrastructures are important. It is clear that serious finances are necessary, which can be seen in the examples of the development of the countries in the region that joined the European Union and gained access to their funds,” Krakutovski says.

He stressed that without the opportunity of a quick and efficient communication in the region and beyond, the exchange of goods and people is narrowing and in return this is narrowing the companies’ interests. On the basis of the National Transportation strategy, we lack a complete profile of a motorway from Skopje to Veles, across Corridor 10. Still, the connection East-West in the countr,y i.e. from Bulgaria to Albania is considered as most problematic, because on this axis we don’t have any express roads, let alone a motorway.

The Ministry of Transportation and Communications of North Macedonia that this year it has projected the biggest budget for construction and reconstruction of the country’s road network in the amount of €360 million. It informs that at the moment the Kichevo-Ohrid and Skopje-Blace motorways are under construction. 25% of the Kichevo-Ohrid route had to be reprojected, the construction works are ongoing with the desired dynamics and the Ministry is expecting that the road from Trebenishta to Ohrid will be fully put to use by the end of this year.

The implementation of a safe and secure transportation system along the Corridor 10 is among the priorities that are planned. It will be implemented through the introduction of information technologies and intelligent transportation systems in the transportation sector. The creation of a Road Safety Agency is also planned by the end of this year, and it will have to  create, coordinate, initiate and manage the activities and the measures for road safety.

There was also a comment about the condition of the roads in North Macedonia by Nobel prize winner Paul Krugman who openly stated that if we want to attract foreign investment during times of crisis, the infrastructure investments should be of key importance.