Meta.mk
Main Section Hahn: Early parliamentary elections will be held by the end of April... 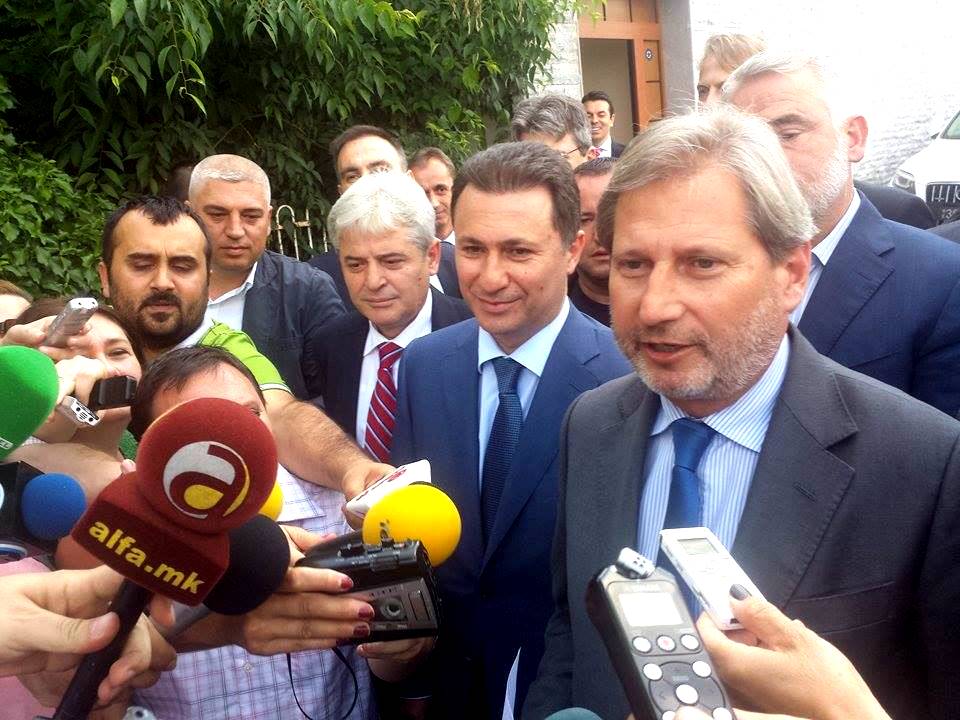 EU Commissioner Johannes Hahn said that the early parliamentary elections will be held in April next year.

Hahn gave a statement accompanied with the four leaders of the Macedonian political parties after a marathon eight hour talks to tackle the political crisis in the country.

– We had very intensive and very constructive negotiations. We had very good discussions and once again we are committed to the euro-atlantic perspective of the country and that it is important to overcome the current difficult situation in order to keep the European and euro-atlantic perspective alive that is why we have certain time pressure. We are fully aware that that is about further recommendation in order to start he negotiations with the EU, but before that it is important to overcome the internal difficult situation. We have to work also in your country in a sprit of cooperation and necessary political compromise in order to have a necessary  balance between the different powers and different groups of society, and that’s why we have agreed to foresee a kind of a transitional period and it was agreed that by the end of April next year next year there will be early elections. But it is important to prepare the country. It is about the sound electoral codes, it is about a sound revised voting lists, it is about respecting the rights of minorities. It will be further important to respect all the recommendation being given by the European Commission. When it comes to independence of the judiciary we have agreed to apply the methodology we usually use when we negotiate the Chapter 23 and 24. Also we have not yet have the negotiations, but it is about the rule of law, independence of justice and freedom of media. All this will be applied and will help to further modernize the country to give an European perspective. There is an international responsibility and obligation that’s why I am grateful to the US and EU ambassadors and for the constructive climate of all the involved partners. We will see each other again next week in Brussels to have a final deal, a final agreement which allows the country to head on and to use this current crisis as an opportunity to modernize the country to lead it into the future. The country is in the spotlight of international community and will stay in the spotlight but see it as an chance, as an opportunity  and if everything goes well I am strongly convinced that afterwards the country will follow the European standards – said Hahn.