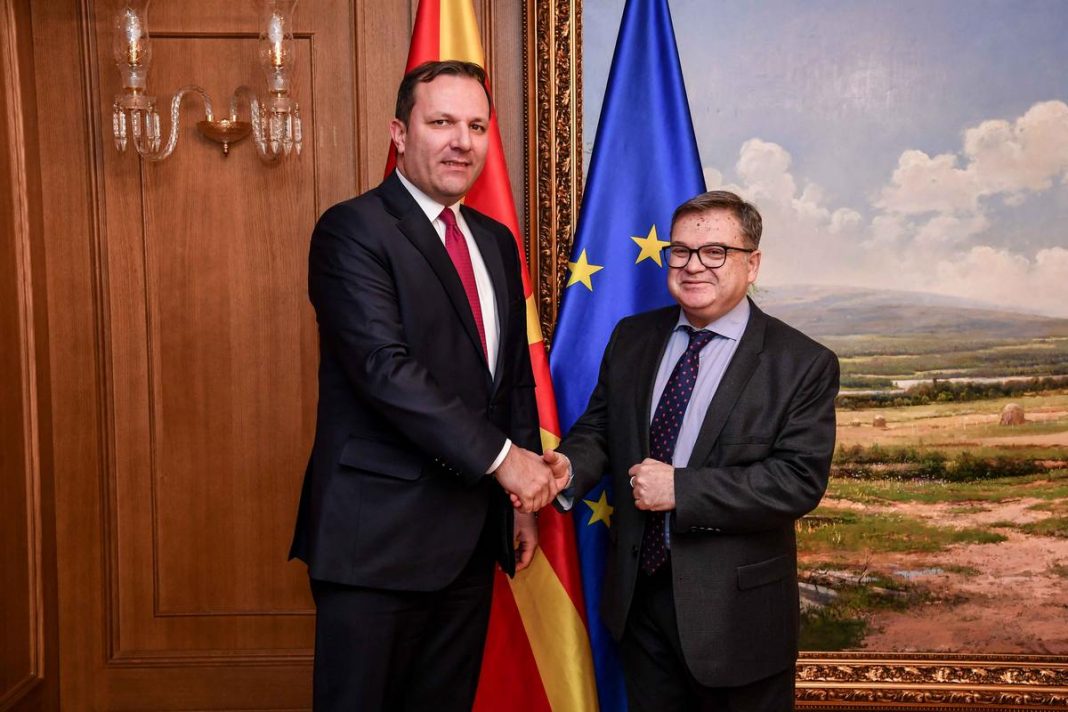 Prime Minister Oliver Spasovski has met today with the French Ambassador Christian Thimonier and during the meeting hopes were expressed that the interim government will focus on providing fair and democratic elections and it is expected to continue with the reformatory processes.

“The government will be working at full speed. We are dedicated to advancing all possible segments. Our determination is achieving functional institutions that are actively taking part in the reformatory processes for the benefit of all citizens and the country’s integration processes. We showed that we obey what was agreed upon, the interim government was elected upon a political agreement, and this is proof that our political and institutional system is functioning well. We shall continue with the policies of dialogue that contribute to a better climate in the country. 2020 is a significant year for the citizens of our country as it will achieve a fully-fledged NATO membership, but of equal importance are the European integrations” said Spasovski.

At the meeting, it was stressed that the justice system has to be functional and there shouldn’t be any statute of limitations. Spasovski has stressed the determination for encouraging the Judicial Council and other authorized institutions to contribute to a functional legal system. Also at the meeting, it was confirmed that the Law on Public Prosecution is of great importance for the judicial reforms.