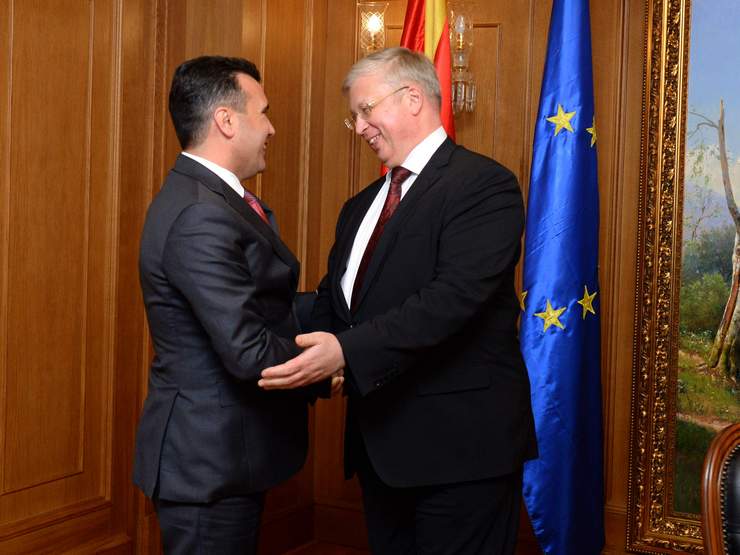 “At the meeting in the cabinet of Prime Minister Zaev, both speakers confirmed their strive for maintaining traditionally friendly relations through active dialogue. Special attention at the meeting was given to boosting the possibilities of increasing economic cooperation, where it should be mentioned as a significant detail that the export of fresh fruits and vegetables in January this year was increased by 90%, compared to the same month in 2018. The intensifying of the economic cooperation is expected to be a central subject at the next session of the Mixed Government Commission for Trade and Economic Cooperation between these two countries that is planned to be organized in Skopje” said the press release.