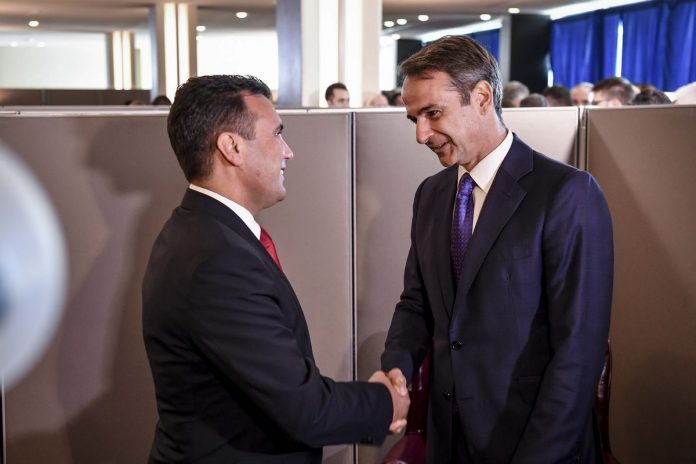 The North Macedonia’s Prime Minister Zoran Zaev during the UN’s General Assembly has met for the first time with his Greek colleague Kyriakos Mitsotakis with whom he spoke about the relations between both countries.

The main subject at the meeting was the Prespa Agreement.

Apparently, when he took over the new position, this stern opponent of the Prespa Agreement changes his rhetorics towards Skopje. This was confirmed at the meeting with Zaev when the Greek Prime Minister has said that “he personally wouldn’t have signed the document but he also said that the ratification is part of the international law and that Greece has to obey it.”

On the other hand, Zaev has stressed that the Government of North Macedonia is directed towards a constructive approach in the building of the partnership between both countries, based on friendship and the mutual interest for prosperity in the region and the both country’s citizens.

Truthmeter.mk: The vaccines are functional, but no one claims they are 100% effective