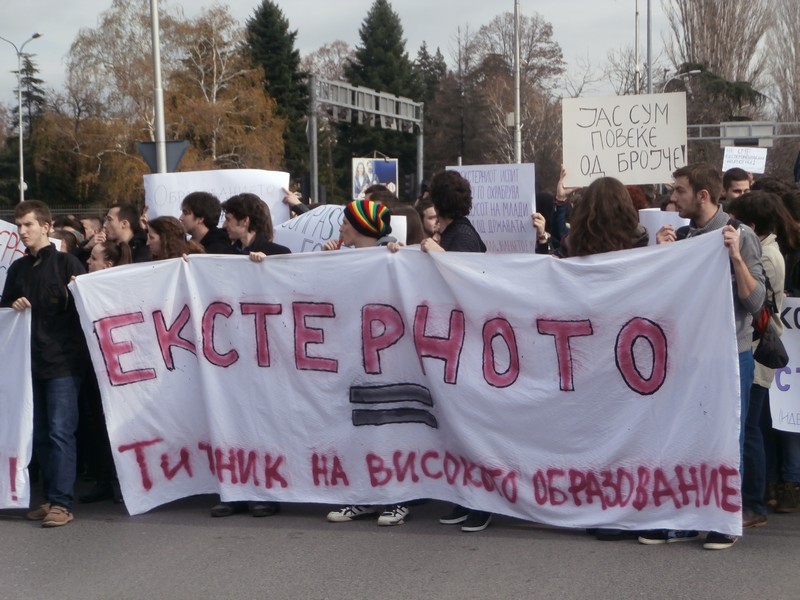 Students who protested yesterday to lift external testing at the faculties want to continue the fight on an institutional level. They are demanding meetings with competent institutions where they can explain their views and concerns. They still haven’t received any response from the Minister of Education and Science, Abdilakim Ademi, on the letter they sent him yesterday.
The Minister said that he cannot reply to it, because the letter contains no name or address.
– We will have a meeting that will define next steps. We want to continue our fight at an institutional level. We demand a meeting with the Minister of Education and Science, representatives of SPUKM, as well as with President Ivanov. We feel that his attitude is very important because he is a university professor as well. In the following period, we also want to organize a debate at the student level in order to be able to identify all problems and to provide examples when we address the institutions – says Stefan Vidikov of “Student plenum”.
Minister of Education and Science, Abdilakim Ademi, said that he received the letter from the students, and he suspects that political parties are behind the protest.
– I received a letter in which there is nothing specifically for external evaluation. There is a demand for the resignation of a minister, and it is well known that resignation is always requested by political parties, not students. I prepared a response to the letter but, unfortunately, I cannot deliver it, because the letter contains no name or address. In the following days, I expect to get the name and address of the organizer in order to send a response, and if I don’t get it, then I will respond through the public media – said Ademi. 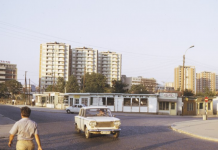 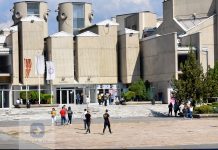 The horror of students in “Goce Delchev” is ending