Meta.mk
Economy Zaev will have an understanding if Angjushev chooses to withdraw and devote... 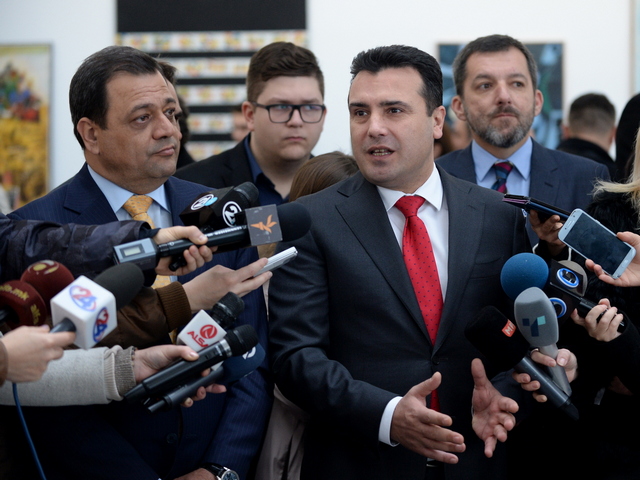 Prime Minister Zoran Zaev will have an understanding if the Vice Prime Minister for Economic Affairs, Kocho ANgjushev withdraws from politics. According to Zaev, he is an owner of large companies that employ over 1000 people and I will understand if he wants to devote himself to these companies, but at the same time, he is needed both to the country and for a successful resolution of started projects.

Angjushev was summoned to be part of the government as representatives of the chambers during this mandate. By working with him I saw that his profit was decreased by 50% and that he is needed there. We shall talk with him and if the citizens give us the honor and allow us to form a new government at the forthcoming elections: said Zaev.

Last night at Top Tema TV show Angjushev announced that he will withdraw from politics independently of the outcome at the elections.

“When I accepted to be part of this government, my intentions were most honest and to help the country with my knowledge. But during this period, the incomes of my companies have decreased, and the profits have also decreased by 50%. It is not only due to not applying at tenders, but also due to my absence. I will finish my mandate, but since I’m no member of any party, I will not continue with politics in the period to come” said Angjushev.