Meta.mk
MKD Zaev to Palmer: It is important the EU gives us a date... 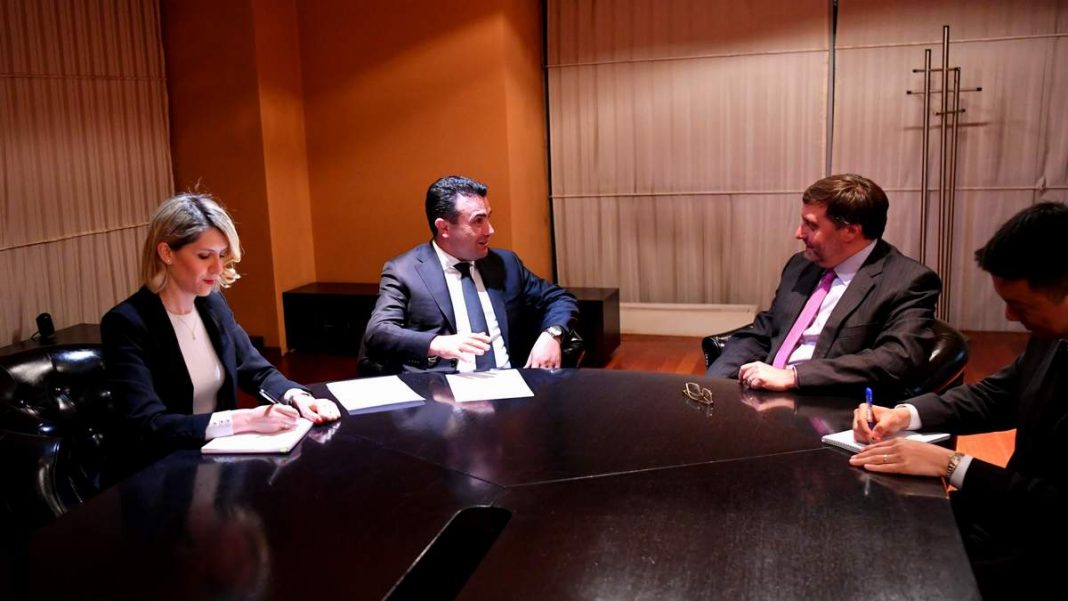 On the eve of the opening of the EBRD General Assembly in Sarajevo, Prime Minister Zoran Zaev met with Deputy Assistant Secretary of European and Eurasian Affairs at the State Department, Matthew Palmer.

Palmer noted that the successful presidential elections is pushing the country in the right direction and has eased efforts in setting a date for negotiations with the EU.

“Democratic, fair and crystal clear elections have confirmed that our country is becoming a mature democracy, and citizens have shown massive support to the concept of a society for everyone. We have shown that as a country we have the capacity to solve difficult issues, and now we are focused on the future and economic progress of the country. With 12 ratifications of the protocol for our NATO membership, positive effects and encouragement for new investments can already be felt. For us, it is very important for the European Union to give us a date for negotiations in June in order to realize the European dream of many generations of our citizens”, said Prime Minister Zaev.

Before the elections, the political parties give numerous promises about infrastructure projects