The reconstruction of the Government is expected to be completed by the end of April, announced Prime Minister Zoran Zaev today in Štip.

When asked if the ministerial post of justice would remain in the hands of DUI personnel, Zaev responded that the negotiations on the issue are ongoing.

“We have been discussing certain personnel. I have begun talks with political parties and MPs in Parliament. I believe that in accordance with the quality of the staff, the people speak for themselves. Therefore, I will not immediately come out with a new decision regarding the post of minister of justice. I want to use this vacancy for negotiations on the reconstruction of the Government and making it stronger, so in this package we will fill the vacant position for minister of justice, and of course, we will reveal other solutions, “said Zaev. 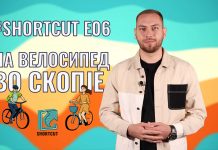