Meta.mk
MKD Zaev, Rama and Vuchic signed a Declaration in Ohrid that will... 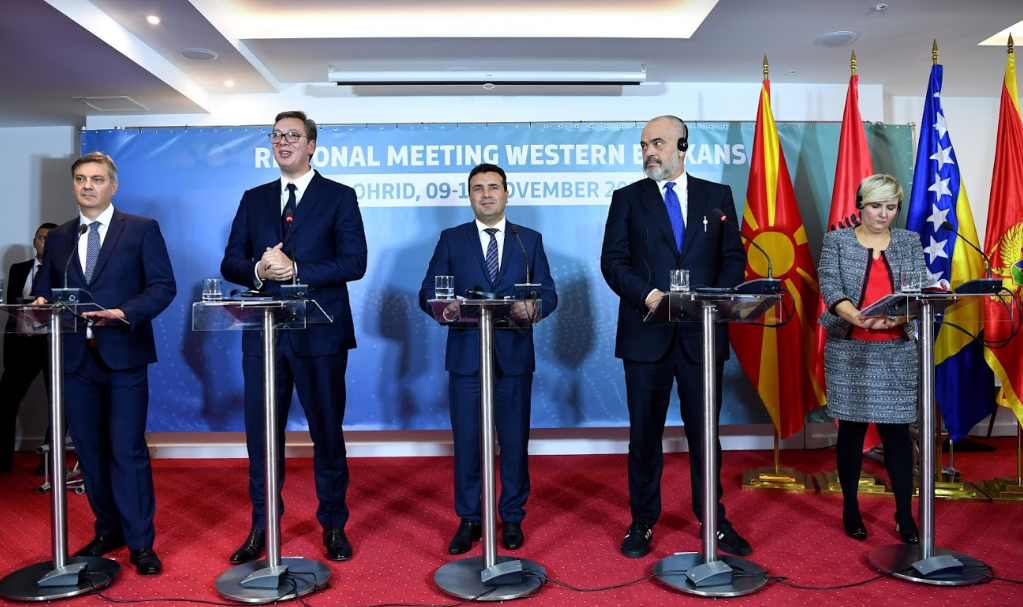 The Macedonian Prime Minister Zoran Zaev, his Albanian colleague Edi Rama and the Serbian President Aleksandar Vucic signed a declaration in Ohrid that will implement the measures of free movements among the three countries, the recognition of the qualifications and diplomas of its citizens, the introduction of an expedite pass for trucks at border crossings.

The citizens of the three countries will be crossing the borders only with their ID while in order to promote the free pass of goods a 24-hour service of all customs services at the borders will be provided including the formation of a joint package of documentation necessary for the transit of goods within these three countries.

Zaev, Rama and Vucic have agreed that the next regional meeting will take place in Drach on the 21st of December where the future Head of the European diplomacy Joseph Borel will also attend. The leaders expressed their optimism that the next meeting in Drach will have bigger participation from the countries in the region. The Ohrid meeting wasn’t attended by Kosovo while Monte Negro sent the Ministry of Economy Dragica Sekulic and BiH was represented by the President of the Ministerial Council of Bosnia, Denis Zvizdic.

Prime Minister of North Macedonia: We don’t need the EU at...

The curfew in North Macedonia from today will start at 11...

Prime Minister of North Macedonia: We don’t need the EU at...