Prime Minister Zoran Zaev participated in a diplomatic reception organized by the President of the United States, Donald Trump, at the 72nd United Nations General Assembly in New York.

“Diplomatic reception, organized by the US President of the UN General Assembly is an opportunity to strengthen friendships and future cooperation in the interest of our countries”, Zaev wrote on Twitter.

The Macedonian Prime Minister participated in the panel-session “Open Government Partnership – Restoring Confidence in Government” in the UN, where he stressed that “the trust between governments, citizens and organizations of different kinds is crucial for the establishment for transparent and vigorous democracies”.

In the past few days, in New York, Zaev had meetings with heads of government from several countries and businessmen, and within the activities of the UN General Assembly his participation in the Bloomberg Global Business Forum was announced as well as meetings with the EU Commissioner for Neighborhood Policy and Enlargement Negotiations, Johannes Hahn. He will attend the dinner organized by the EU High Representative for Foreign Affairs and Security Policy, Federica Mogherini. 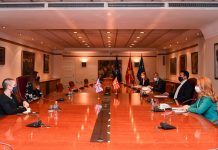 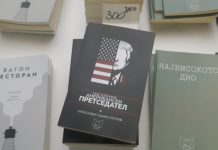