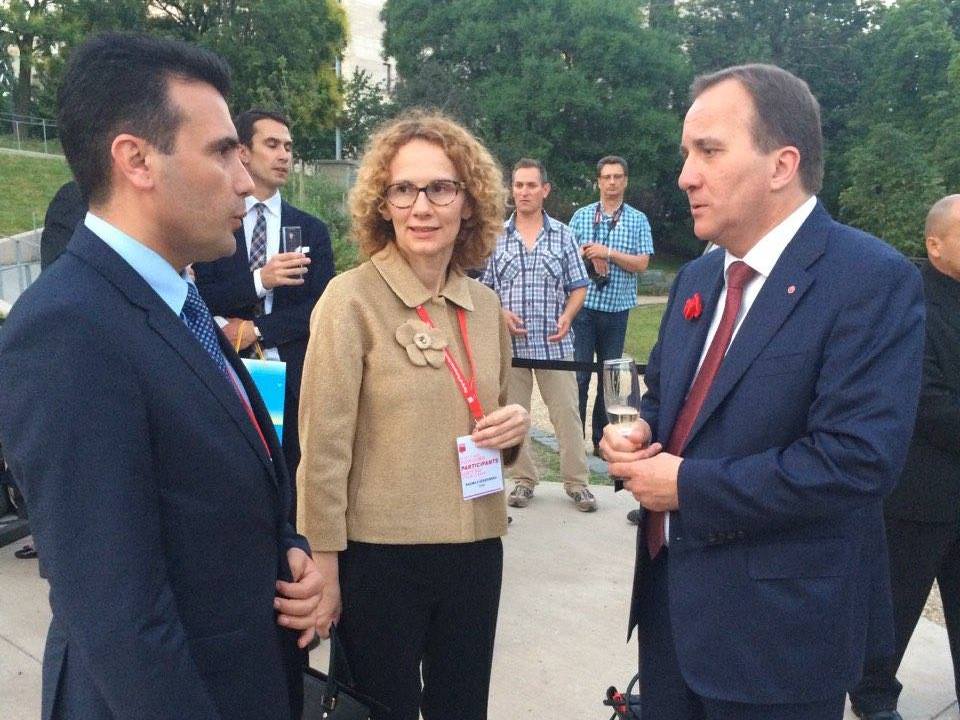 SDSM leader Zoran Zaev and vice-president of the party Radmila Shekerinska today, in the frames of the Congress of the Party of European Socialists (PES), which is held in the capital of Hungary, Budapest, met with Swedish Prime Minister Stefan Löfven, announced SDSM.

At the meeting, Zaev emphasized the views of the party, according to which, it is necessary Nikola Gruevski to step down as prime minister to allow the transitional government to create conditions for fair and democratic elections.

“The withdrawal of Nikola Gruevski and his closest collaborators who created problems in the country is necessary for a transitional government to create the necessary conditions for organizing fair and democratic electoral process. This is the only way to ensure normalization of institutions, independence of the judiciary, the media and, finally, the restoration of democratic values and the European perspective of Macedonia,” said Zaev at the meeting with Swedish Prime Minister, reads the statement of SDSM.