Meta.mk
MKD Zaev: We will publish everything Gruevski accepted for the name and how...

After today’s press conference at SDSM head office, party leader Zoran Zaev answered to journalists’ questions, during which he made a few key points.

SDSM leader claims that the materials he poses contain evidence of tapping the “six most influential embassies,” for which, as he said, the materials will be submitted only to them.

Zaev also said that although the verdict reads that Z.K. was tapping since 2010, there is evidence and recordings that it was wiretapped in 2007, 2008 and 2009. In that context, he said, we should look the evidence for expressly pronounced verdict, which, according to him, is trivial – decision for employments, cost of the procedure and the like.

Zaev’s answers indicate that, apart from mobile telephony, fixed lines were also bugged, and the emails were also monitored. He partially amnestied telecom operators and said that, by law, they do not have to know how and who is tapped.

SDSM leader confirmed that among those tapped were lawyers, judges, prosecutors, and “all the judiciary.”

– When you hear these recordings, you will see the condition of our country – said Zaev.

Opposition leader received most applause during the press conference when he announced that he has recordings which include “until where Gruevski went with the name and everything he accepted” and “how much are the people and the state threatened.”

He said that no one, neither the Government nor the opposition, nor the Macedonian or Albanian block, will be spared from publishing recordings of electoral fraud, and that one of the next steps will be posting recordings of the destruction of TV “A1”. 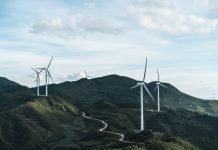 Photovoltaic power plants most numerous among the new energy facilities in...