Meta.mk
MKD Zaev: Ivanov led a coup when he made the decision not to... 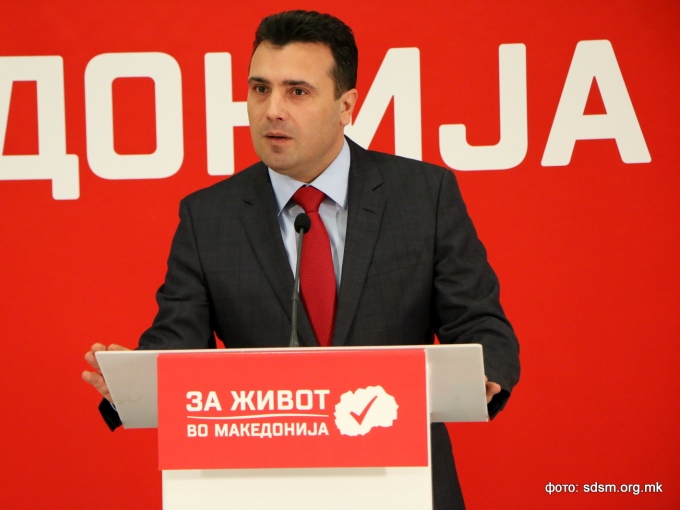 “Gjorge Ivanov, with the decision not to hand over the mandate to form a government, which he is bound to by the Constitution, has led a coup. He is leading the country into a deeper crisis with unforeseeable consequences for the citizens”, said the leader of SDSM, Zoran Zaev, after President Gjorge Ivanov decided not to give him the mandate.

With this decision, as Zaev said , he is making a constitutional – state crisis by denying the will of the majority of the citizens and the 67 signatures of elected MPs from the Macedonian Parliament and he is preventing the legal and legitimate transfer of power.

“With such behavior, Ivanov once again is playing the role of protector and accomplice to Nikola Gruevski and the leadership of VMRO-DPMNE. I want to publicly send a message, SDSM and I as its President will not allow anyone to play with the future of the country for personal, political and criminal purposes”, said Zaev.

He urged citizens not to succumb to any provocations, to remain calm and the formation of the new government will happen through democratic processes, which he said, would focus on the real needs of citizens and the rule of law.
Zaev emphasized that Ivanov must withdraw his decision and award the mandate as constitutionally required.

When asked what if the President does not withdraw his decision, Zaev once again appealed to everyone to remain calm.
“The bitterness in the soul today, will bring new perspectives tomorrow”, answered Zaev.