Meta.mk
Main Section Zaev is commencing the negotiations for a new government with Ahmeti 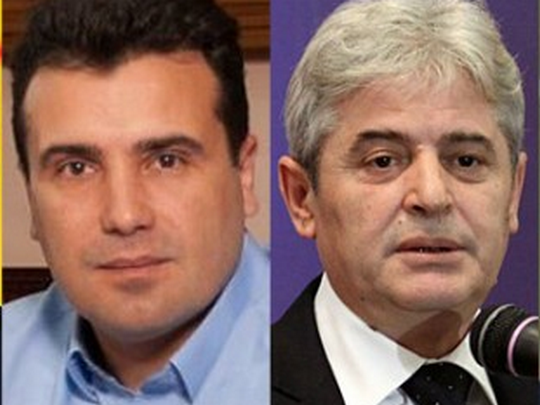 SDSM’s party president, Zoran Zaev, today will officially start the negotiations for forming a new government. He has received the mandate from president Ivanov a day before yesterday.

The first meeting should be with DUI’s president Ali Ahmeti, but the timing still hasn’t been set, as SDSM’s spokesperson Petre Shilegov explained for Meta.

What will follow are negotiations with other members of parties of the newly formed parliamentary majority, The Alliance of the Albanians and BESA, that will take part in the new government along with the SDSM’s coalition partners

It is likely that the negotiations will follow during the weekend.