Meta.mk
Economy Zaev: If we aren’t granted a starting date for the negotiations Europe... 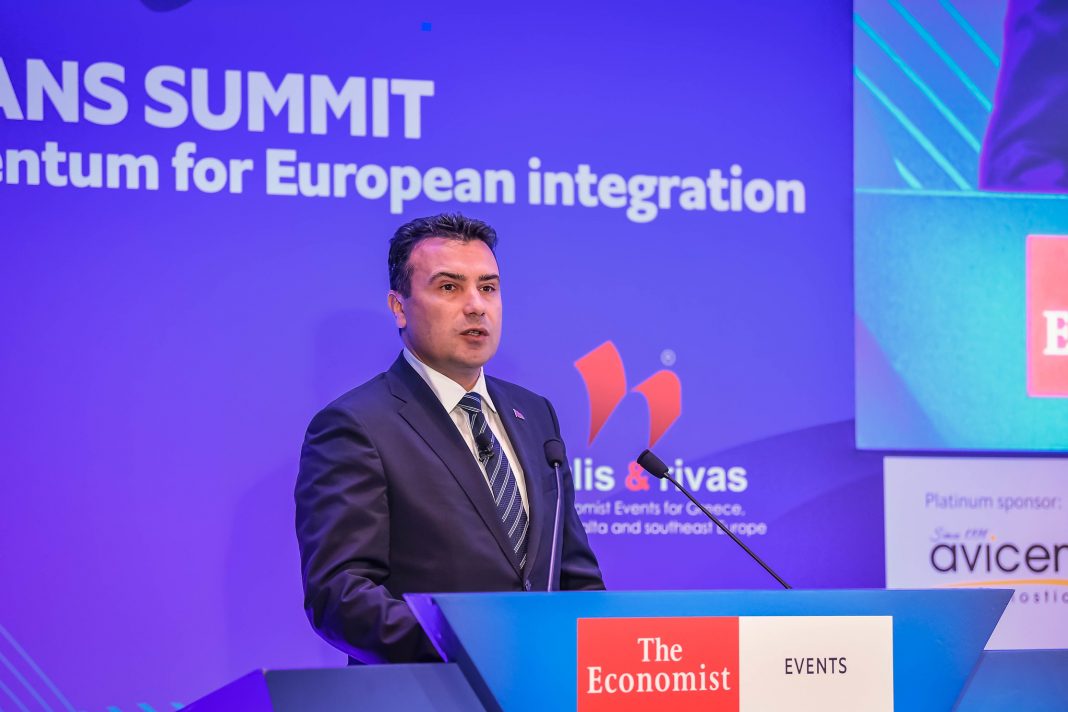 If the European Council doesn’t decide positively and does not approve a starting date with North Macedonia it will punish the best example among the states in the region, said Prime Minister Zaev during the discussion at the Western Balkans Summit.

Previously in his address at the conference, he said that Macedonia is expecting good news about granting a status for negotiation but still with a dose of fear.

-The expectations of the good news keep us in a state of expectation, a certain amount of fear and hope. For my country, the Prespa Agreement, along with the Good Neighborly Agreement with Bulgaria have opened the doors towards the accomplishment of its strategic goals: NATO and EU memberships. North Macedonia received the good news that it will be NATO’s 30th member. I believe that the good news for starting the negotiations with the EU will have a positive effect on the region. A message will be sent that the Western Balkans is an integral part of Europe. The advancement of the reforms and the solving of the bitter problems will be recognized. This will encourage the countries to show political courage in order to overcome their problems – said Prime Minister Zaev.

-On several occasions during the past two and a half years, I was able to announce good news from the economy. The solving of the political problems has allowed us to talk with enthusiasm and numbers about the improvement of the economy. We proclaimed 2019 to be a year of the economy in North Macedonia and the same will continue in 2020. Since 2018, we saw an advancement in the economy when we reached the highest level of direct foreign investments in the past 10 years – 624 million euros. The industrial production increased by 8% since this government the power and it continues to grow. We managed to decrease the unemployment and currently it is 17% with indications that it will drop further. The growth of the GDP in the first half of the year is 3.6% and we expect its growth this year, said Zaev.