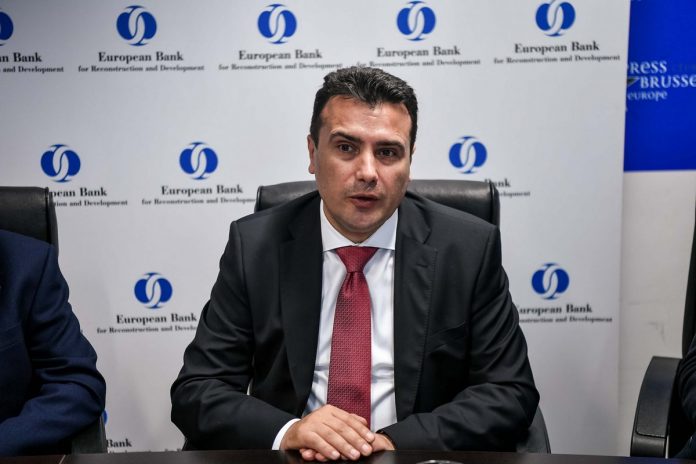 I would exchange two Nobel Prizes for a decision from the European Council on a date for negotiations, replied Prime Minister Zoran Zaev, as to whether he believes he could really receive the Nobel Peace Prize together with Greek Prime Minister Alexis Tsipras, in an interview with the Belgian newspaper “Le Soir”.

“If I get the Nobel Peace Prize, I will give it to the Council of Europe”, Zaev joked.

In case a date for negotiations is not granted, Zaev said he could be accused of lying to MPs after assuring them to vote on the Prespa Agreement and claiming it would open the doors to the EU.

“I said that if we change the name, if we maintain good relations with Greece and with Bulgaria, if we implement all the reforms, Europe will fulfill its promises. If this isn’t the case, of course I would take responsibility, I will not wait for the opposition or for Parliament to do something, I will take responsibility and I will step down from office”, Zaev said in the interview.

He warns that if the EU does not fulfill its promises, citizens could turn towards more nationalistic currents in the country.