Meta.mk
Main Section Zaev has thrown the dice: The halt in the country’s euro integrations... 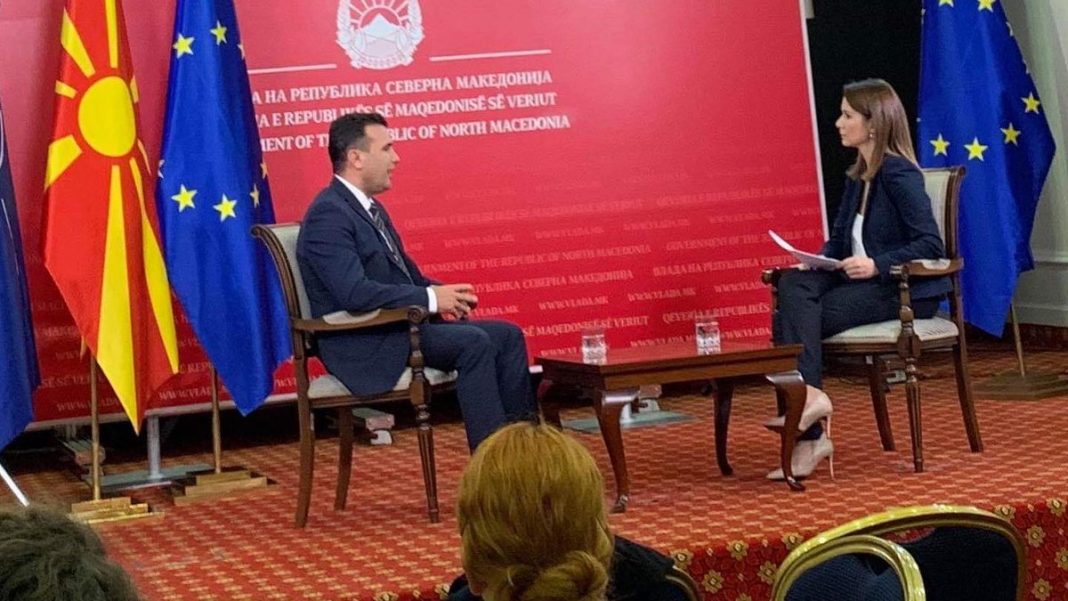 In the interview for the Euronews service in Greek that was published yesterday, the Macedonian Prime Minister Zoran Zaev said that the decision not to approve a starting date for the accession negotiations with North Macedonia is jeopardizing the Prespa Agreement. The articles about the internal use of the new name will be blocked and will not be implemented.

Zaev explains that certain articles of the Agreement that was signed both by Macedonia and Greece are tightly related to Macedonia’s advancement towards the EU.

“Certain chapters will be frozen because they cannot be implemented. We will try to implement them, but the two are connected to each other” said zaev for Euronews stressing that the contentious chapters mainly concern domestic use of the country’s new name.

Still, in the interview, he stresses that the country has no other alternative and that without the EU “we may get lost in this darkness”.

“We have no alternative. There are no other offers that could serve as an alternative. What other offers there may be, do not give us democracy, rule of law and liberties. If the light of the stars of the European Union flag is extinguished, we will have darkness here. And we may get lost in this darkness. If radicalization and the resurgence of nationalism are given fertile ground, this will do a lot of harm to the entire Balkans. And when the Balkans have a problem, Europe has a problem,” Zaev was quoted as saying.

In the comment that the Greek news outlet has published today Zaev’s comments are called “throwing the last dice before the country officially enters the snap elections phase”.

“Zaev is playing with his last card. He knows that without the life belt from the EU he will lose the elections in April” wrote Stavros Tsimas