Meta.mk
Main Section Zaev: Green belt on Vodno became a property of a company from... 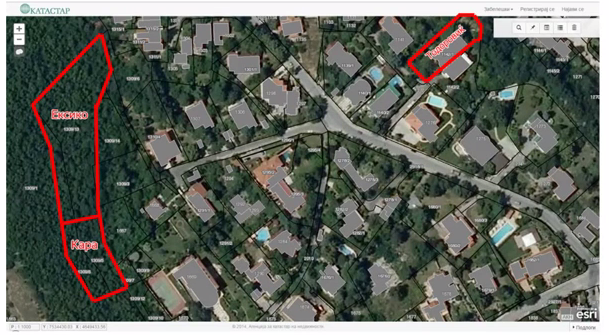 Opposition leader Zoran Zaev published the thirteenth “bomb” at today’s press conference at the headquarters of SDSM. He presented recordings of the conversations between the Prime Minister and the Minister of Transport and Communications Mile Janakieski on one topic – Parcel on Vodno for which the Prime Minister is interested in great detail:

After presenting the recordings, Zaev asked “who is Nikola Gruevski to order recreational and green belt on Vodno to become a construction land only to the name of the company from Belize and which, by today’s price, would weigh more than 17 million euros?“.

In the second part of the recordings that Zaev revealed today, it can be heard how Gruevski and Janakieski agree to settle the problem of “Cosmos” of Fijat Canoski.

– Allegedly got the size wrong, they made an annex, I sent it to Cadastre and wait for an answer tomorrow – Janakieski says to Gruevski.

The conversation has juicy parts where you can hear Gruevski with undisguised pleasure cheering and laughing as he managed to humiliate and frighten Canoski who “ shit his pants so much that it flows through the leggings, I have not seen this anywhere before “.

Gruevski asks Janakieski to take care of the thing with Canoski “for him not to sue Koce and Toni (mayors of Skopje and Gazi Baba) because he will get his money in court, and Toni and Koce will get it good with money and criminal charges”.

At the end, Zaev said that this writes the ugliest pages of the recent history of Macedonia.

Asked if he maybe protects Albanian politicians, Zaev responded that “everything will be published.”