Meta.mk
Main Section Zaev believes that through dialogue, he will persuade the opposition back to... 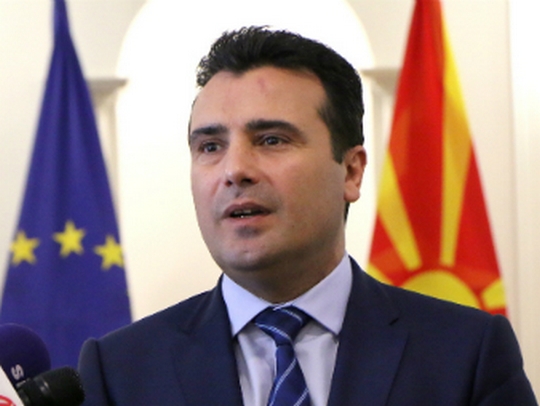 Today, Prime Minister Zoran Zaev did not want to announce whether the meeting with the coalition partners on the filling of vacant ministerial posts, including that of the Ministry of Health, was held last night.

Zaev said that as soon as there is a resolution for new members in the government, the public will be told.

“You know that there are vacant seats fpr MPs that need to be filled by the State Election Commission (SEC). The SEC is resigning, but work should continue until Parliament determines the resignations. All these things need to be completed so that we can legally and formally implement the procedures, including the completion of the government”, said Zaev, replying to a journalist question after the event in Parliament organized by the Euro-Atlantic Council, to which the Prime Minister had his own speech prepared.

Asked how he would involve the opposition in this process, who are boycotting work in Parliament because of the detainment of six MPs of VMRO-DPMNE due to the violence that occurred on April 27th, Zaev said that the debate would an open, debate and believes that dialogue can find solutions.