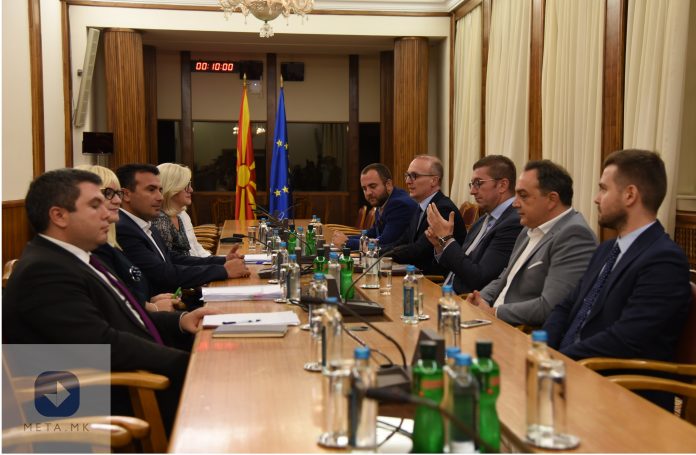 After more than seven hours of negotiations at the leadership meeting between Zoran Zaev and Hristijan Mickoski including SDSM’s and VMRO-DPMNE’s teams about he amendments to the Law on Public Prosecution with which the fate of the Special Public Prosecution (SPO) will be decided upon and it will lead to its transformation, both sides weren’t able to reach an agreement.

Unofficially, during last night’s meeting, SDSM’s team proposed that two prosecutions should be formed – prosecution for high corruption that would pursue the named officials, and the head of this prosecution to be proposed by the opposition. Apart from that, the current prosecution for high crimes and corruption would remain. But this was unacceptable for VMRO-DPMNE. For now, it is not known whether the negotiations between both parties’ working groups will continue.

Antonio Milososki, VMRO-DPMNE’s MP and one of the participants in last night’s talks, on his Facebook profile wrote that “an agreement about a new law on prosecution might have been reached if only Prime Minister Zaev wasn’t so nervous about the Racket case because of which he wasn’t able to accept any systematic solution about high corruption where another professional prosecutor would have had an insight into this mega scandal, apart from the government-convenient Vilma Ruskoska. Such behavior leaves doubt that the hierarchy of Тaccomplices and organizers in the Racket case is much higher in the government’s ranks, starting from the role that Katica Janeva had in this crime” wrote Miloshoski.

SDSM informed the media that Mickoski demanded that the pre-investigations, investigations and charges filed after 30th of June to be stopped as a condition for VMRO-DPMNE to vote in favor of the bill. For Zaev and Justice Minister Renata Deskoska this was unacceptable, because the solving of SPO’s case is a condition for the start of Macedonia’s EU accession negotiations. 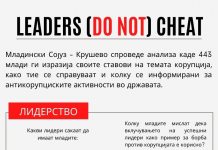