Meta.mk
World Europe Zaev and Gruevski express their condolences for the death of Helmut Kohl 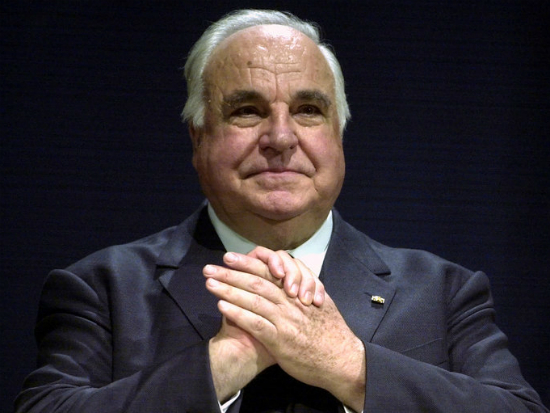 The Prime Minister of Macedonia, Zoran Zaev, sent a telegram of condolences for the death of former German Chancellor Helmut Kohl, to the Chancellor of Germany, Angela Merkel, and to the citizens of Germany.

“The citizens of the Federal Republic of Germany have lost a great man and politician, who recognized unification as a value and the path that leads forward and managed to unify Germany and to ensure a stable future for the country. This great European statesman leaves behind him a legacy to the whole world. He leaves behind bridges of friendship with the countries and among the countries of the world, built through peaceful policies. He was a fighter for reconciliation, former Chancellor Kohl laid the cornerstones of political and economic integration of Europe. He reached out to the Republic of Macedonia in the process of the independence of our country, which remains part of the political memory of Macedonia and its citizens”, reads the Zaev telegram.

The leader of VMRO-DPMNE, Nikola Gruevski also sent his condolences to Merkel

“This is a loss for the entire German people and the German state, and a loss for the European Union which he built and it grew with his work. Kohl was the promoter of the expansion of European integration in Eastern Europe, as well as the architect of the euro and an admirer of right-wing values. Kohl had a significant role in the independence of the Republic of Macedonia, supporting the process of its independence and further development”, said the telegram from Gruevski.