Meta.mk
Main Section Zaev: 27th of April was a shameful day for the country, we’ve... 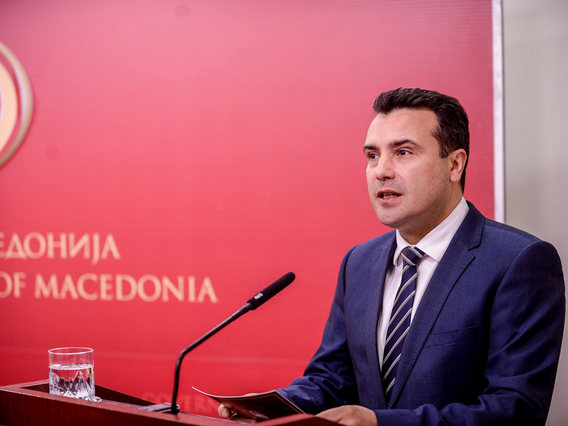 On the occasion that marks the anniversary of the violence that took place in Parliament on April 27, Prime Minister Zoran Zaev said it was shameful for the citizens and the state, and “we should learn to never repeat it”.

When asked if he believed there should be a legal settlement for the case, he added that the individuals who had committed a crime before the law would be brought before the justice system, in accordance with the evidence.

“The public witnessed the whole event and I am convinced that the legal system will not be held back and that it will make a fair and correct ruling. This date should be marked by younger generations, which will send a message that it is not repeated”, said Zaev at today’s press conference in Government, where they signed the UNDP agreement for the annual employment program.

He added that, as a state, we have emerged from this event more serious and cautious, and today, as he pointed out, we send a message to the world that we are ashamed of what happened that day, and that as a people we are not like that, we are a friendly country.