Meta.mk
Crime Young man in a coma, after a BMW and motorcycle collide in... 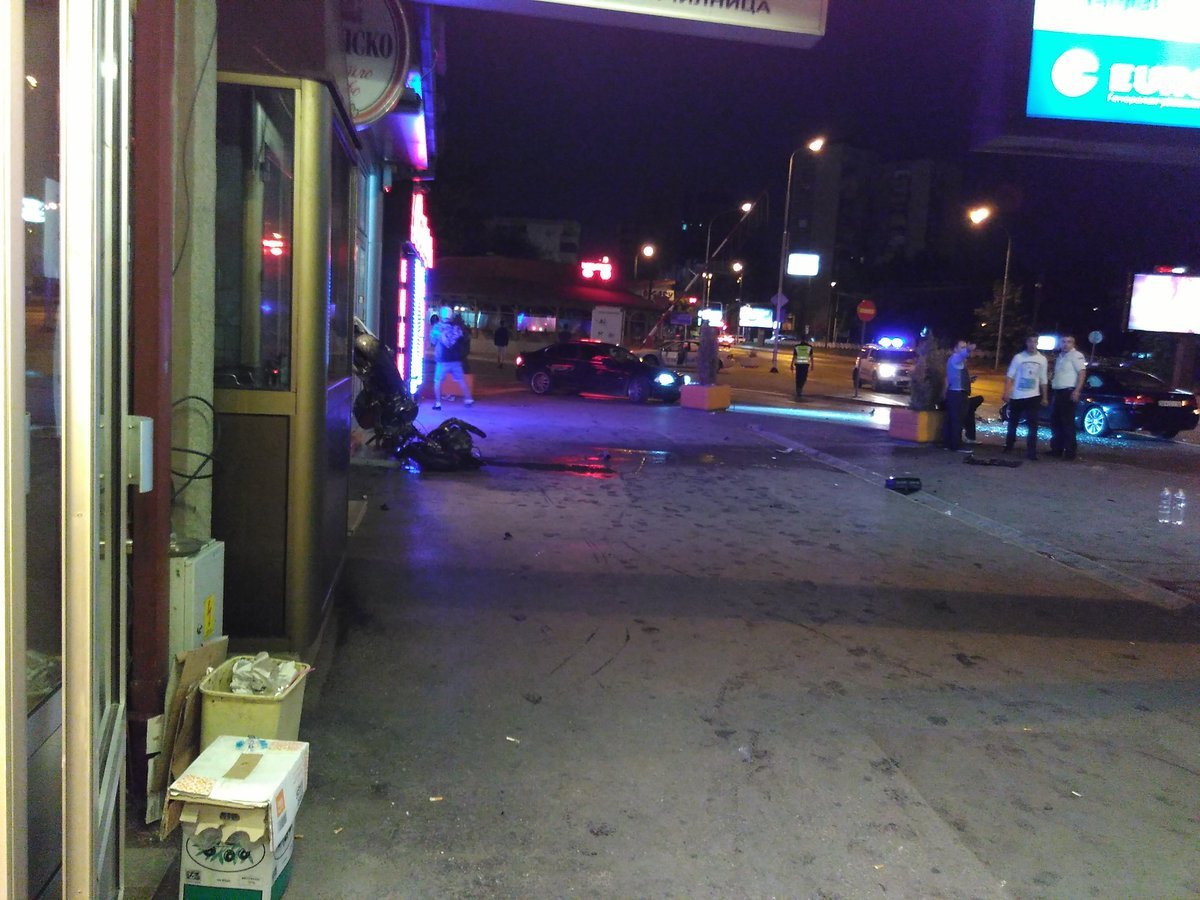 At 12:40 am yesterday an accident occurred on Boris Trajkovski Boulevard in the Kisela Voda neighbourhood in Skopje. The accident involved a BMW motor car and a motorcycle. The motorcyclist was a 22-year-old man who has sustained serious injuries. The seriously injured motorcyclist was taken to the “Naum Ohridski” City Hospital. A statement from the MOI reports the motorcyclist as being unresponsive to treatment and his injuries are life-threatening. The driver of the BMW motor car is 43 years old and a resident of Skopje, the initials of his name are M.D.

“On the 27th of July at 00:40am on the Boris Trajkovski Boulevard in Skopje a motor accident occurred between a BMW car with Skopje registration number plates, the driver, M.D. is from Skopje, and a “Honda CRB” motorcycle, the rider, C.A. is also from Skopje. The accident has inflicted life-threatening injuries to the motorcyclist, he has been admitted to the “Naum Ohridki” City Hospital. An investigation underway into the incident is being carried out by Skopje police”. It was stated in a bulletin issued by the MOI today.

Across Social Media networks, such as “Twitter” speculation is rife concerning the apparent identity of the driver of the BMW, one name, in particular, being mentioned is that of Dejan Mitrevski-Urko, (A former bodyguard to the former Prime Minister, Nikola Gruevski.)