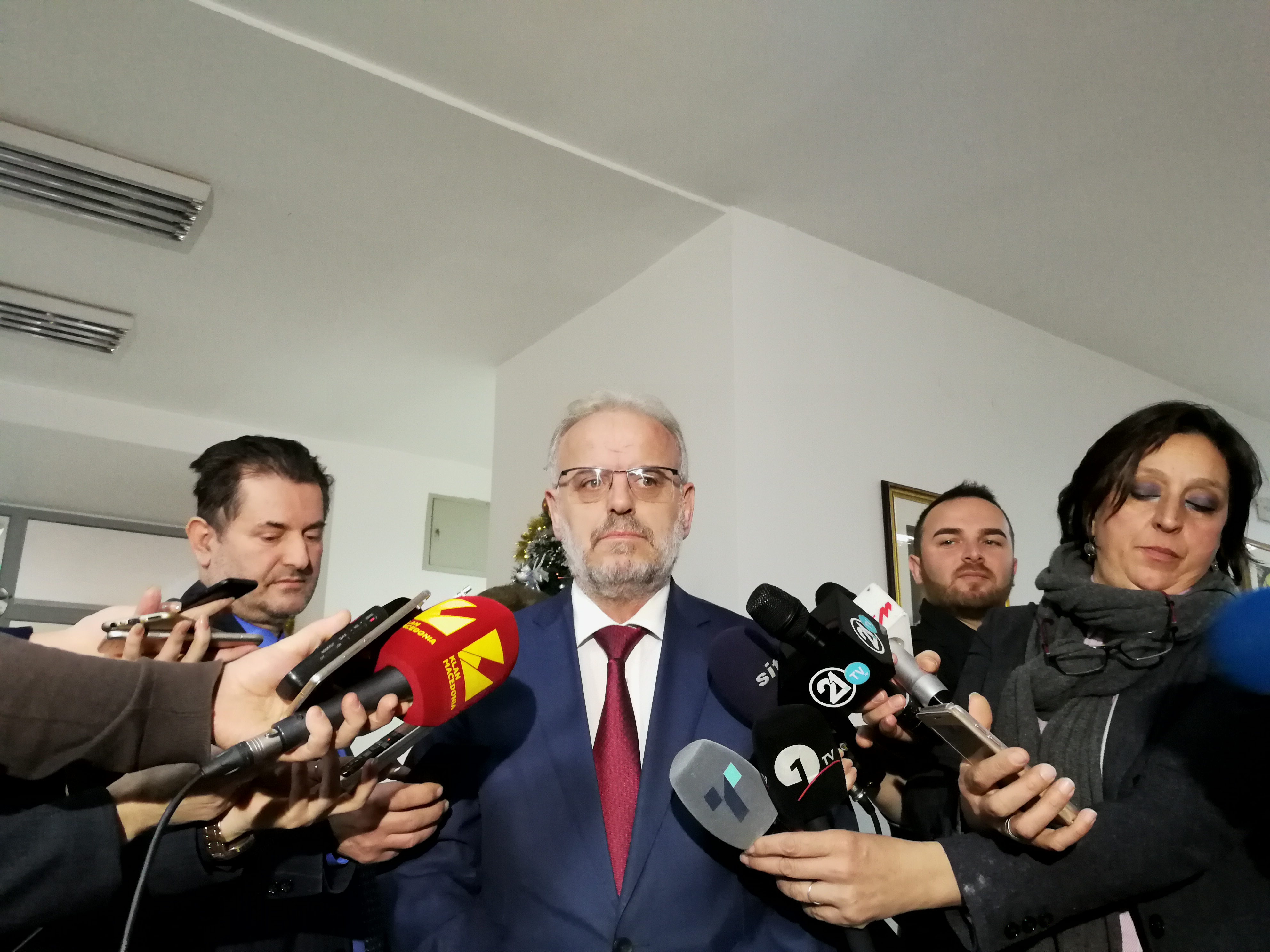 At a briefing with journalists, Parliament Speaker Talat Xhaferi said he will not be running in the upcoming presidential election and will remain president of Parliament.

As for the idea of Parliament electing the head of state, Xhaferi says that all parliamentary groups should decide, and if there is a consensus, a change to the Constitution should be passed, which would legally regulate the election.

Xhaferi believes that the issue of constitutional changes arising from the Prespa Agreement will be closed by mid-January, and that will open the possibility for the law on ratification of the agreement, along with a law on the use of languages, to be sent to the official newspaper without the signature of President Gjorge Ivanov .

“A session on constitutional changes was called for January 9. Our expectations are that until January 15 the entire procedure is completed and for the amendments to be adopted. If we go by experience, the debate should not last longer than five to six days. However, as announced, the absence of the opposition leaves an opportunity for it to end sooner rather than later. In any case, this issue will be closed by mid-January. This opens the way for the two laws to be submitted to the official newspaper,” Xhaferi said today.

Regarding Ivanov’s refusal to sign off on the two laws, Xhaferi says that he has an obligation to do so, because, the will of Parliament can not be obstructed and it will be realized.

“It will happen as soon as I submit them to the Official Gazette. They have my signature That’s the decision,” says the speaker.

Regarding the law on parliamentary privileges, Xhaferi says he can not comment until he sees the text of the law.

“No one can be an MP for four years, and then go dumpster diving,” he says, adding that in many countries in the world, the status of MPs after a  mandate expires, is regulated by law.

According to him, last year went by according to the planned agenda, and Parliament has completed its work for which it is responsible.