Meta.mk
MKD Whoever jumbled the things with the Law on languages? 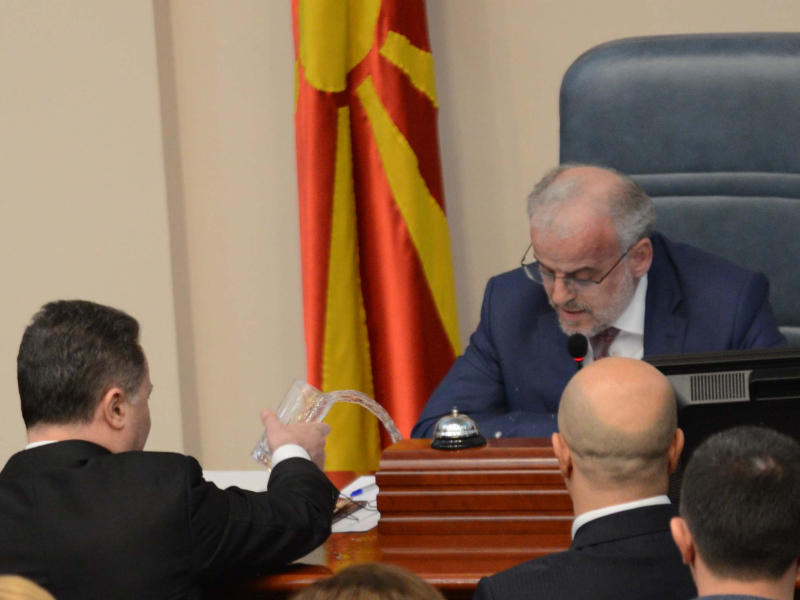 The recent storm brewing from the verification of the constitutional changes in Parliament (11.01.2018), which changed the name of the country to “the Republic of North Macedonia”, has shown no sign of stopping, and the public strongly resents the fact that the Law on Languages ​​and the Law on the Ratification of the Prespa Agreement, were published in the “Official Gazette” without the signature of the President of the country, Gjorgje Ivanov.

With the publication of the Law in the “Official Gazette”, it officially comes into force and in addition to the Macedonian and Albanian language, will be applied in all civil institutions and procedures before all state authorities.

The Law on Languages, among other things, provides for the establishment of an Agency for the Use of Languages, as well as an Inspectorate in charge of overseeing the implementation of the Law and handing out fines.

The Law on the Use of Languages ​​was passed twice in Parliament on January 11 and March 14 last year, but President Ivanov refused to sign the Decree for his proclamation. Now the Law has been published in the “Official Gazette” only with the signature of Parliament Speaker Talat Xhaferi, and in the where President Ivanov’s signature should be there is a footnote explaining that he refused to do so.

The next day on January 15, 2019, the Deputy Prime Minister for European Integration Bujar Osmani shared a photo with DUI President Ali Ahmeti where Osmani and Ahmeti make the hand gesture in the form of an eagle.

Opposition VMRO-DPMNE threatened Parliament Speaker Talat Xhaferi with criminal charges as well as the Director of the “Official Gazette” and announced an initiative to the Constitutional Court to review the constitutionality of the Law and called on all institutions at central and local level to boycott the operation of the Law on Use in languages.

President Ivanov also announced in a written address (15.01.2019) in which he stated that Xhaferi’s case on this matter provides the basis for criminal prosecution

Speaker Xhaferi, meanwhile, said at a press conference that “he does not feel any responsibility and that Ivanov is the one who has tampered with the points.”

With almost an identical position, the Government came out with a statement stating that, in fact, Ivanov violated the Constitution by not enacting laws since they were twice voted in Parliament.

At this point in time, the Government still does not have a specific amount of what the financial implications of the implementation of the Law on the Use of Languages ​​will be.