Meta.mk
MKD VMRO-DPMNE has left the hall when the bill for increasing of pensions... 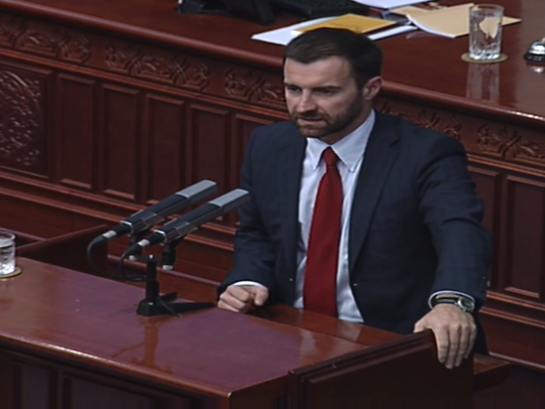 At today’s plenary session, the parliamentary majority has rejected the proposal submitted by VMRO-DPMNE’s MPs for passing a Law for increasing the pensions for 5%, starting from the 1st of January, next year.

As soon as this happened, VMRO-DPMNE’s MPs, as a sign of revolt, abandoned the hall.

Ilija Dimovski, the coordinator of one of the MP groups of the opposition party, said that they will give the President of the Parliament, Talat Xhaferi a deadline of 15 minutes in order to secure a quorum in the hall with the MPs of the majority coalition, after which VMRO-DPMNE’s MPs will return to the hall and if a majority is not secured, the general public will see how the Parliament will make its decisions, said Dimovski.

Otherwise, on the agenda of today’s session are the impeachments that were submitted by VMRO-DPMNE for the ministers of the ministries for agriculture, forestry, and water, for labor and social policy and for foreign affairs, Ljupco NIkolovski, Mila Carovska and Nikola Dimitrov.