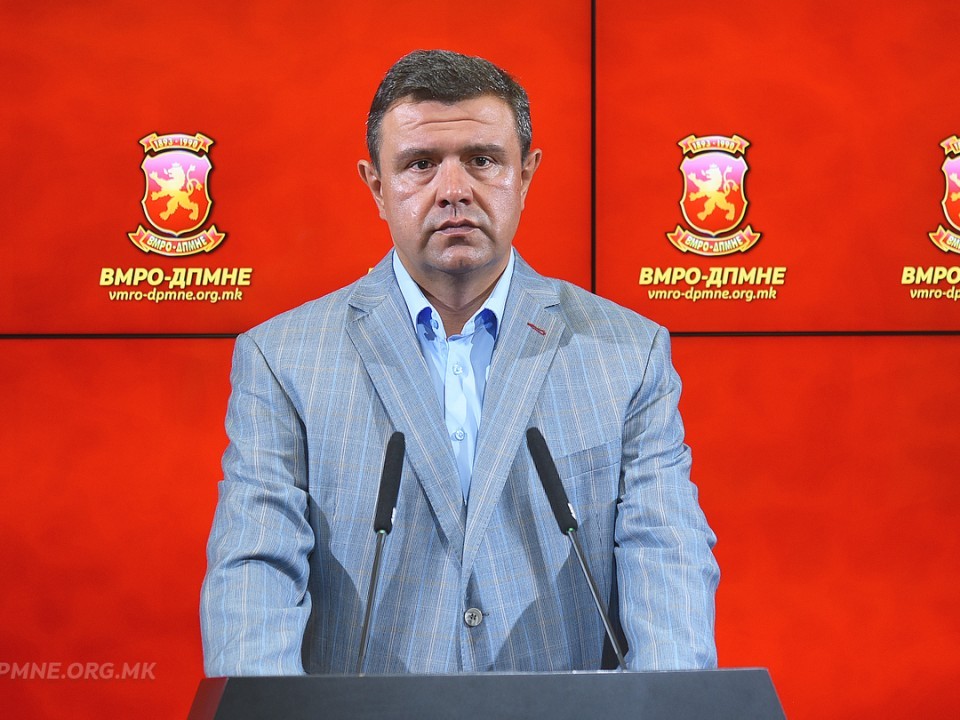 Today, Nikola Micevski, Coordinator of the Parliamentary Group of VMRO-DPMNE and the Coalition “For a Better Macedonia”, on behalf of the party urged the institutions on central and local level, to ignore and boycott the law on languages ​​and said that if the people in charge in the institutions are faced with problems or threats, VMRO-DPMNE’s legal commission will be at their disposal.

“VMRO – DPMNE calls on all institutions on central and local level to ignore and boycott the operation of this unconstitutional and harmful law. If officials in the institutions are facing any problems or threats, VMRO-DPMNE and its legal commission are at their disposal for legal or any other assistance,” said Micevski.

“The whole procedure of the government to push the law on bilingualism through, is illegitimate. The government abused the European flag and in the disguise of a reform law which was important for our entry into the Union, brought an unconstitutional law that would create legal chaos and confusion in society,” said the coordinator of the VMRO-DPMNE Parliamentary Group.