Meta.mk
MKD Government to appoint new directors of UBK and PSB on Tuesday 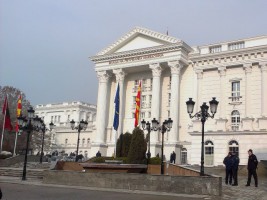 The new directors of the Security and Counterintelligence Agency (UBK) and Public Security Bureau (PSB) will be known on Tuesday, for when a regular session of the Government is scheduled, confirmed government spokesman Aleksandar Gjorgjiev for META.

Successors of Sasho Mijalkov and Mitko Chavkov for these two senior positions in the Ministry of Interior are to be appointed at the session.

– Regular government meeting will be held on Tuesday, on which, as part of the agenda, will be the topic of appointing directors of UBK and the PSB – stated Gjorgjiev for us.

These two senior positions in MOI remained vacant after Sasho Mijalkov resigned as director of UBK, while former director of PSB Mitko Chavkov was appointed Minister of Interior following the resignation of Gordana Jankuloska. 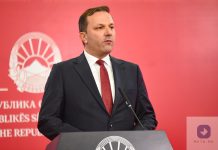 Minimal wages for officials during the coronavirus crisis, but not for the public administration