Meta.mk
MKD Vanhoutte from Brussels will bring new draft-laws on the media 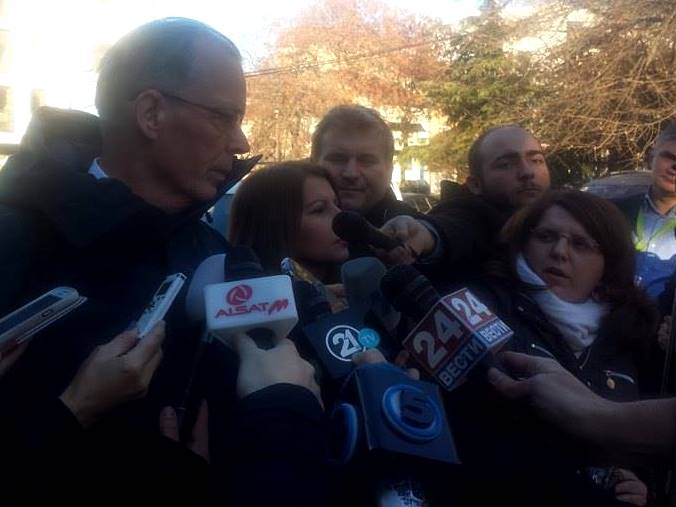 Belgian facilitator Peter Vanhoutte is expected to submit a new draft-law on the media tomorrow, which will then be presented to all political parties who are signatories to the Przhino Agreement. According to our sources, the mediator was in Brussels at the weekend where he attended a consultation meeting concerning developments in Macedonia. Scheduled for tomorrow afternoon, at the MPs Clubhouse, is a meeting whereby all the working groups are to discuss the methodology for the cleansing of the voters list. According to sources, there is no shift in the negotiating positions of the political parties on both issues – the cleansing of the voters lists and media reform. VMRO-DPMNE has yet to respond to SDSM’s offer for a mutual withdrawal of amendments to outstanding contentious issues regarding the methodology for the cleansing of the electoral list as proposed by the State Election Commission (SEC), and proposals regarding media law, both proposed by Belgian facilitator Peter Vanhoutte.