Today marks the first 100 days since Jovo Vangelovski was appointed as the President of the Supreme Court. This period will be remembered for the decision to release from custody the prime suspect in SPO’s case of “Trust,” Sead Kochan, including several commenced but unfinished initiatives on part of Vangelovski, among which is the procedure that will help determine whether SPO can use the wiretapped conversations or the so-called “bombs” as evidence in a court procedure.

At the start of his mandate, Vangelovski announced reforms in the judiciary, transparency, and openness towards the media, but out of that, according to what the general public knows, little or nothing has been accomplished out of what was promised during the first 100 days.

The President of the Supreme Court so far hasn’t organized a single press conference, and his opinions regarding various current issues were announced during briefings where the presence and use of cameras, microphones, and Dictaphones were not allowed. 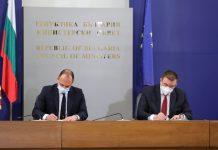