Meta.mk
MKD Trajanov Brought Back the Laws on the SPO, To Give Time For... 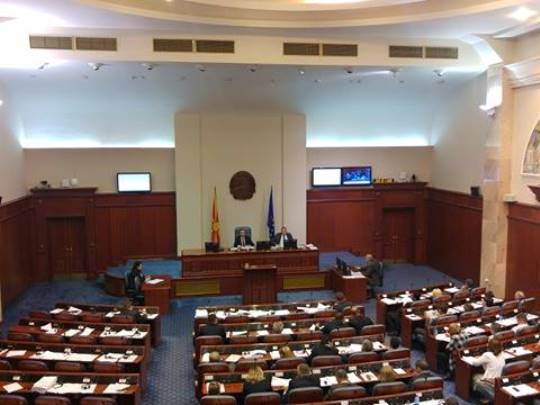 Submitting legislation for the Special Public Prosecutor’s Office (SPO) in Parliament as an ordinary procedure, opens the possibility of consultations and coordination between the parties in the home of legislation, but with the guarantors of the Pržino Agreement (The European Union and the United States etc.) about accepting the proposed changes. This is the main idea for having the amendments put back on the agenda, like the Law on the SPO and the Law on Witness Protection, says to “Meta” the submitter of amendments, MP Pavle Trajanov.

“Regarding the time-frame, I can say that Parliament is talking more and more that the dissolution will not take place on October 12, but sometime October 27 the latest. The reason for this, is the submitted budget proposal for 2017, which, if parliament was to dissolve on October 12, it will not be able to pass the parliamentary procedure”, says Trajanov.

With the submission of the amendments to the laws on the SPO by regular procedure, Trajanov says he expects and DUI, to crystallize its position because, as they say, the party supports the SPO, but on the vote on the legislation on Tuesday, most of the members of that Party did not vote in support of them.

“The laws, according to information we have, are eligible for the DPA party, but they want this to have a consultation and consensus among the Pržino four”, says Trajanov, adding that he expected the law to support them and also some MPs of the VMRO-DPMNE, which according to him, there is this atmosphere among some of the MPs.

The ruling majority in the Parliament on Tuesday this week rejected proposals for amendments to the Law on the SPO and the Law for Witness Protection, brought by the opposition for fast-track proceedings.

Coordinator of the parliamentary group of VMRO-DPMNE, Ilija Dimovski after the meeting said that in the future, they will vote against these amendments and not support the SPO’s requests.