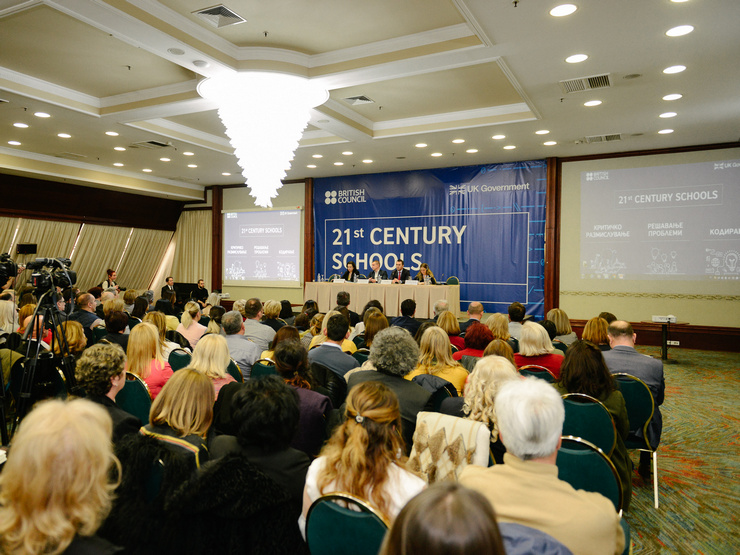 The British government will invest 10 million pounds to help a million pupils from the Western Balkans learn digital skills for the future.

The “21st Century Schools” project started today and 330 elementary schools will take part in this project. Children on the age between 10-15 will have an opportunity to develop their critical thinking skills, solving problems and encoding.

Each school will receive 20 Micro bit devices for encoding that will help the young to acquire new digital skills in a fun and interactive ways.

The British State Minister for Europe, Sir Alan Duncan addressed the attendees through a video message and stressed that he is happy because this program is starting on the 30th anniversary of the foundation of the world wide web.

“We are doing this because we want to help the region to become more prosperous and stable. The development of skills in the 21st century will help create the next generation of technological entrepreneurs and will help create more jobs” said Dankan.

The Minister of Information Society and Administration, Damjan Manchevski said that this project is a turnover in the education process.

Today’s society will leave the children without work. There is a big discrepancy between the offer and the demand. This project will show that studying can be fun. The coding is not an IT skill but a way of thinking and logic. In the future, 90% of the workplaces will be demanding a basic level of digitals kills. The education is a predicament for the creation of such staff” said Manchevski.

British Ambassador Raychel Galloway stressed that through this program the children will develop skills in innovative and creative ways, they will be developing critical thinking and an ability to solve complicated problems.

The Minister of Education Aber Ademi had asked the directors of the schools and its teachers to be engaged as best as they can, to take part in the training and to pass on the essence in an appropriate way to the children.

In all of the schools, there will be trainers for the project which will last for three years, and Ademi wants this program to become a part of the education process.

The British Council introduced the program as a pilot project in 20 schools and according to the director Eleonora Zaprova they received many positive reactions from the participants.

During the project’s presentation, the best students presented their work and they will be competing on a regional level at the Western Balkans Digital Summit that will be organized in Belgrade.