Meta.mk
Main Section This is a referendum on our second independence, Zaev tells European Parliament 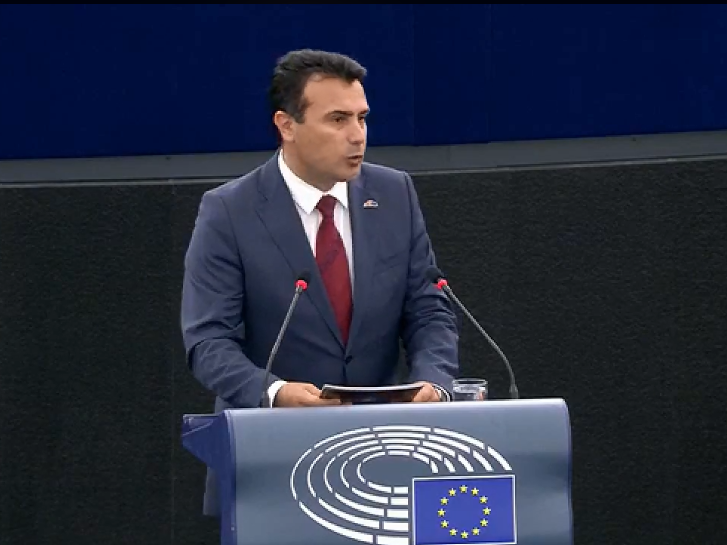 Speaking about the referendum on September the 30th, Zaev said that it is an opportunity that Macedonia has long waited for and stressed that it will be a referendum of second independence.

Zaev thanked his colleagues Boris Borisov and Alexis Tsipras and called for the model of the agreement reached by Skopje and Athens, to be followed to resolve other bilateral issues in the Western Balkans.

“We want to serve as an example as well as an inspiration for resolving all bilateral issues in the Western Balkans and we strongly support finding sustainable solutions based on European values ​​and international law, that will permanently stabilize the region and prepare for EU integration,” said the Macedonian prime minister.

According to him, a successful Balkan region is one integrated in the EU and added that this vision was an incentive for the historic step that spurred the processes of reconciliation, building unity and alliance in the region.

“We are aware of the recommendations, they are our priorities also: independent and democratic institutions, the rule of law, the fight against corruption and professional public administration as a service for citizens,” the prime minister added.

Zaev also said he believes the referendum will be successful and that citizens will vote for Europe. He added that it is a great honour to be invited to address the European Parliament and shows strong support.